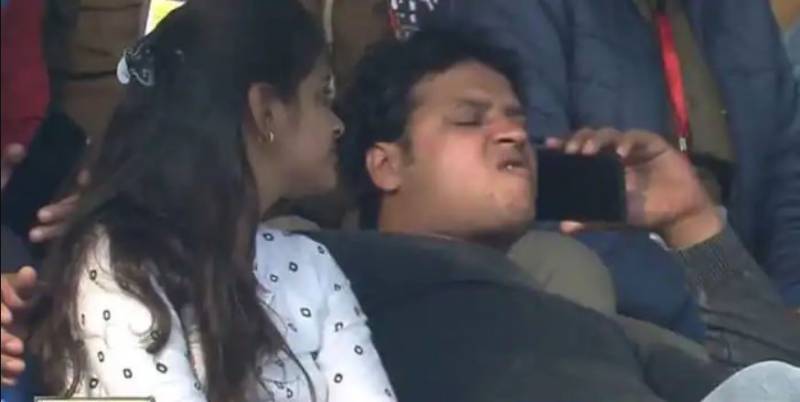 NEW DELHI – Amid the first match between India and New Zealand in Kanpur, a clip of a man, Shobit Pandey, went viral in which he can be seen talking on the phone while chewing Gutka – a chewing tobacco preparation.

As Shobit caught on camera chewing 'gutkha' while speaking on the phone, the short clip from the game sparked hilarious memes on social media.

Many famed personalities including former Indian cricketer Wasim Jaffer also reacted to the viral video of the 'Gutka man'.

Shobit, a resident of Kanpur, after becoming the talk of the town said he has been irritated after all the unwanted attention he has been getting on social media. The viral sensation also refused eating tobacco in the clip.

Revealing his side of the story with an Indian agency, he said, I would like to clarify that I wasn't eating tobacco. I was eating betel nut and was on call in with my friend, who was also watching the match in the same stadium but in a different stand.

The irritated man also mentioned that the only thing which is bothering him is the prescience of his sister in the viral clip, as she was receiving mean comments from some people.

A video of Lahore-based content creator Bilal Khan, surprising his better half with a rose, is going viral on the ...

Here are some of the reactions on social media:

When you are caught eating Gutka and say it was Meethi supari pic.twitter.com/z7uwGyukUy

US - we have superman
Kanpur - LOL, we have #GutkaMan pic.twitter.com/A9mb4jAhyJ