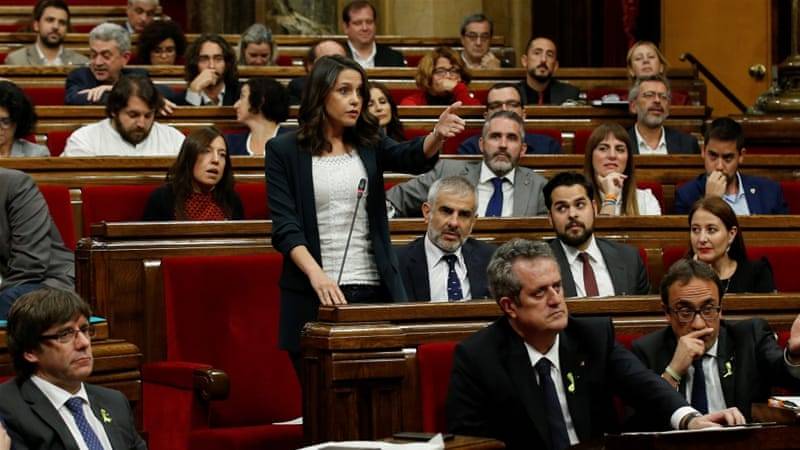 CATALONIA - Following a secret ballot, MPs in the Catalan parliament declared independence from Spain, with the regional leader Carlos Puigdemont saying the people had completed “a long-desired step.” Lawmakers opposed to independence boycotted the vote.

The assembly’s speaker announced that the motion was passed with 70 votes in favor, 10 against, and two blank ballots, according to Reuters. Earlier, MP’s from the three main national parties – the People's Party, the Socialists and Ciudadanos – staged a walkout in protest at the vote.

The declaration of independence led to a celebration among thousands of cheering supporters in the streets of Barcelona, the region’s capital. Before the secret ballot, the Catalonian regional parliament also voted in favor of starting the “constituent process” to split from Madrid.

“In the days ahead we must keep to our values of pacifism and dignity. It's in our, in your hands to build the republic," Catalan President Carles Puigdemont told a crowd of hundreds of supporters at Catalonia's parliament building following the vote.

He added that "today the parliament fulfilled the long-desired and fought-for step, and culminated the mandate of the ballot boxes," referencing the October 1 independence referendum.

"Spain is a serious country and a great nation and we will not tolerate that a few people try to liquidate our constitution," he told journalists after the upper house approved the imposition of direct rule for Catalonia.