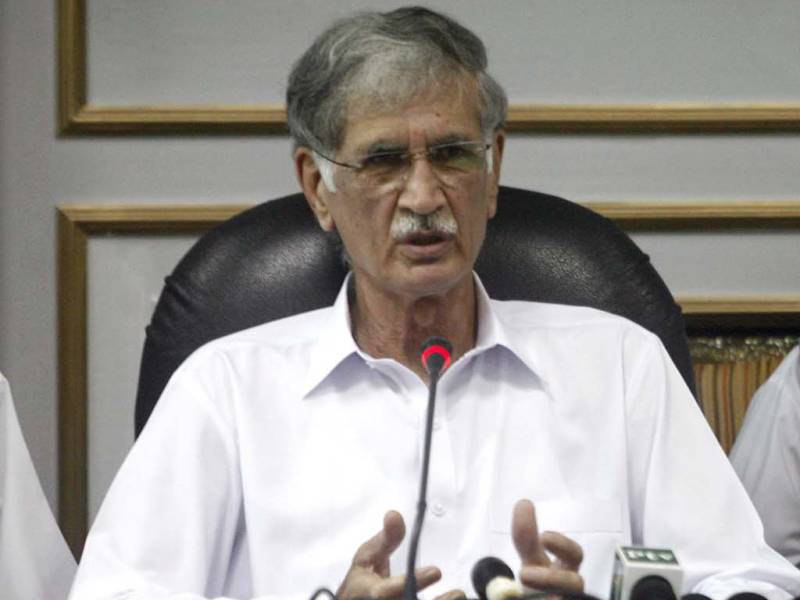 Talking to media, along with members of the committee and the government delegation in Islamabad, Pervez said that the Rehber Committee of the opposition has assured the government for a peaceful protest, adding that under the agreement JUI (F) will not hold its march and protest towards D-Chowk and participants of march will remain at the open ground of H-9.

He said that the government believes in the democratic process in the country and staging of protests are the right of the opposition according to the constitution.

He said that the government has also been assured that the participants of March will not violate the law and will record their protest in a peaceful manner.

He said they will also ensure to implement the decisions of the High Court and Supreme Court.

Earlier on Saturday, Minister for Defence Pervez Khattak had expressed his optimism that the government’s reconciliation committee would have meaningful negotiations with Jamiat Ulema-e-Islam Fazl (JUI-F) chief Maulana Fazlur Rehman.

The defence minister said the government had already constituted a reconciliation committee comprising senior politicians from Pakistan Tehreek-e-Insaf and allied parties to hold negotiations with the JUI-F for peaceful resolution of their demands.

The opposition’s anti-government long march being called as ‘Azadi March’ will begin today from Karachi today.

Jamiat Ulema-e-Islam-Fazl (JUI-F) chief Fazlur Rehman will himself lead the Azadi March, a statement issued by the party had stated on Thursday.