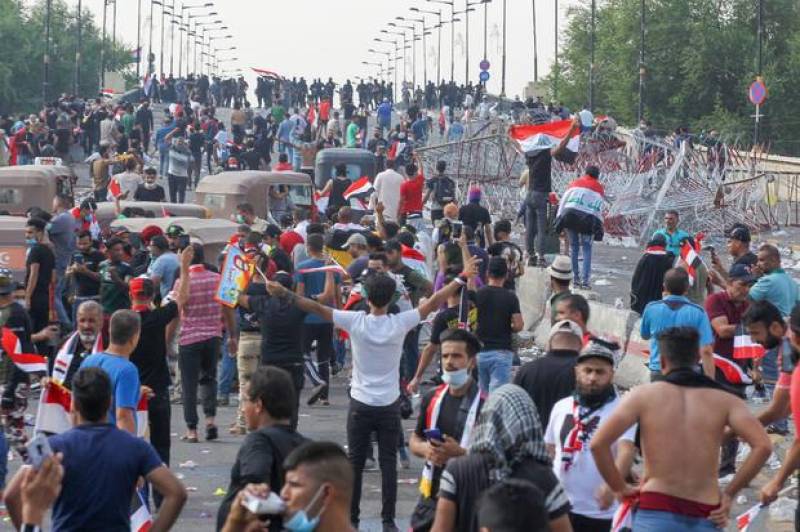 BAGHDAD - The death toll has reached 36 with more than twenty five hundred people wounded in the ongoing wave of anti-government demonstrations over living conditions in Iraq.

In a statement, the Iraqi Independent High Commission for Human Rights said hundreds of demonstrators continued their protest in Tahrir Square Baghdad and in other cities including Dhi Qar, Maysan, Diwaniya and Basra where protesters called for reform, accountability for corrupt people and job opportunities.

On Saturday, 40 people were killed amid fresh wave of anti-government protests.

BAGHDAD - At least 40 people have been killed in Iraq amid a fresh wave of anti-government protests. According to media ...

According to media reports, more than 20 of the victims were killed while trying to storm the militia groups and the government offices.

Baghdad and other Iraq’s regions have been facing anti-government protests as protesters are demanding more jobs, better public services and an end to corruption.