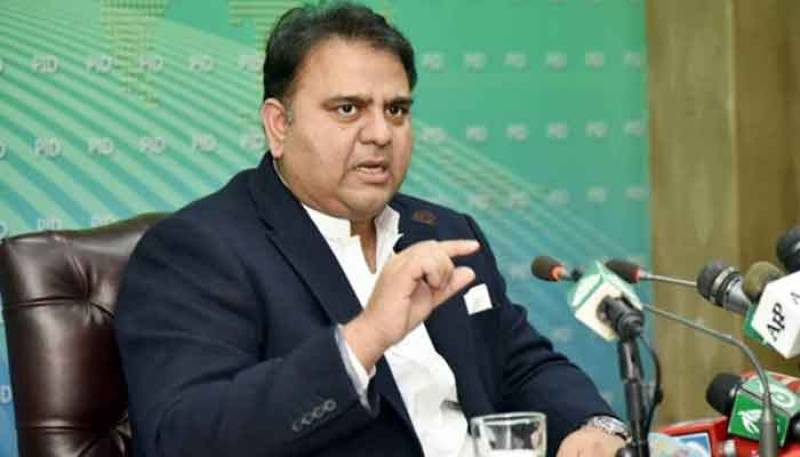 ISLAMABAD – Minister for Information and Broadcasting Fawad Chaudhry stated on Wednesday that no one will be allowed to blackmail the state and proscribed Tehreek-e-Labbaik Pakistan (TLP) will now be treated as a militant group.

He announced it while briefing media about the decisions taken by the Federal Cabinet with Prime Minister Imran Khan in the chair. “No one can challenge state write,” he warned.

The government, the information minister said, avoided use of force against the protesters of the banned group despite their violent activities.

TLP is not a political organization and instead a militant group, Chaudhry said. He highlighted that the activists of the banned TLP had martyred six police officials and injured over 700 people, adding that in recent clashes they martyred three more policemen and injured 49 others.

He emphasised keeping an eye on the activities of such groups in order to protect the lives of the citizens, as well the dignity of Pakistan.

During the meeting, the prime minister decided to handle protesters heading towards Islamabad under the banner of proscribed TLP with iron hands as no one will be allowed to taken law into their hands.

Reports said that the premier while chairing a cabinet meeting has also directed to stop the planned long march of the banned organisation that seeks release of its detained chief Saad Hussain Rizvi and expulsion of French envoy over publication of blasphemous caricatures last year.

PM Imran clearly stated that violence will not be allowed for political purposes, adding that political workers do not attack police officials.

The cabinet also decided that protesters, who have reportedly left from Muridke for Islamabad today, will not be allowed to cross Jhelum and restricted to GT Road.

RAWALPINDI – The local administrations of Rawalpindi and Islamabad blocked the Faizabad intersection as ...