India and three stooges Bangladesh, Afghanistan, and Bhutan, chicken out of SAARC Summit

Following India’s instructions, three more client states, Bangladesh, Afghanistan, and Bhutan have also announced that they will not be attending the summit. 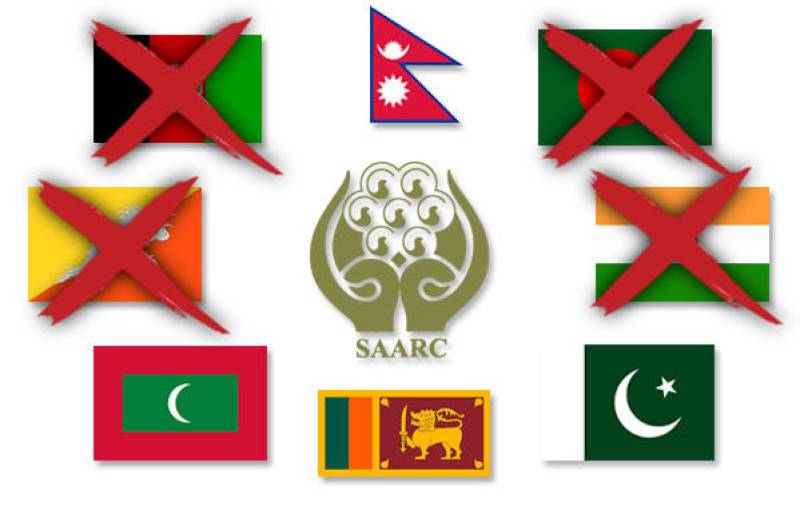 ISALAMABAD – After the Indian Prime Minister announced his disassociation and withdrawal from the SAARC summit scheduled  to be held in November in Islamabad, plethora of reports started pouring in from the Indian media stating that three Asian countries will boycott upcoming summit.

However, as always the reports were nothing but continuation of series of baseless rumors that is aimed at creating havoc and panic.

Some Indian newspapers ran reports that Bangladesh, Afghanistan and Bhutan have also decided to pull out of the upcoming meet which Pakistan Foreign Office strongly denied and did not confirm the development.

“It’s part of Indian propaganda against Pakistan and our Saarc conference. They are running baseless and misleading reports that some Asian countries will not participate,” FO spokesman said.

“Such rumours about Saarc conference could be propaganda by RAW,” Sartaj Aziz said.

India had said that  Prime Minister Narendra Modi will not travel to Islamabad for the regional summit.

“Regional cooperation and terror don’t go together. India pulls out of SAARC summit in Islamabad,” said the official spokesperson for the India's Ministry for External Affairs (MEA) Vikas Swarup in a tweet on Tuesday.

Regional cooperation and terror don't go together. India pulls out of SAARC Summit in Islamabad pic.twitter.com/jabKoaBegJ

“The Indian government has informed the current SAARC chair Nepal that increasing cross-border terrorist attacks in the region and growing interference in the internal affairs of member states by one country have created an environment that is not conducive to the successful holding of the 19th SAARC summit in Islamabad in November 2016,” said the statement released from the Indian foreign ministry.

The announcement came amid growing tensions between the two nuclear-armed neighbors following the attack on an Indian army base in held Kashmir.

Pakistan had offered dialogue to India for the resolution for the Kashmir issue, but the offer was rejected.