Vegan activists in France receive burns on their bodies as protest 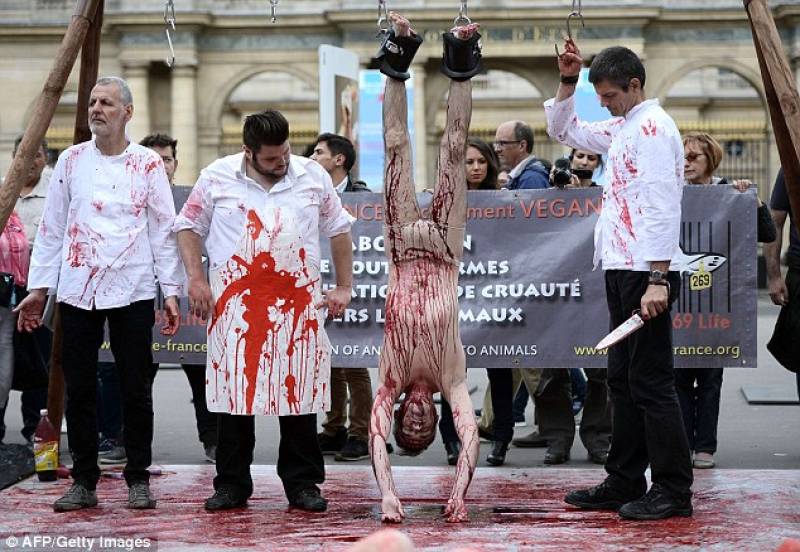 Animal activists in France have branded themselves with red hot irons, in an effort to promote 'veganism' and condemn animal abuse.
A blood-streaked woman was found screaming after being branded with a hot iron, which left her with a painful looking tattoo. 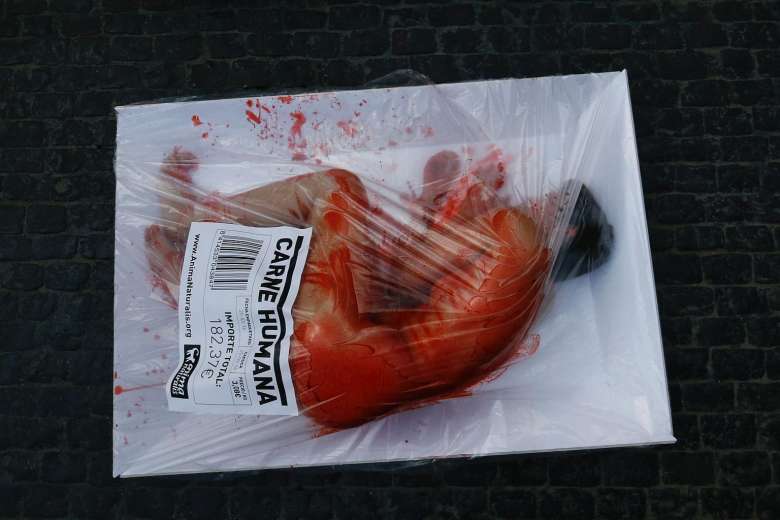 The demonstration took place in Paris at Place de la Republique on Saturday, arranged by 269 Life France, a group that demands complete 'animal liberation'.
After being branded, the blood smeared activists lay on the ground with the sound of animals playing in the background, according to sources.

A human butcher was also at the scene with a display of fake human limbs packaged like meat in a supermarket, reportedly.

A group representative has said the the number 269, which they have burned on their  skin, was the designated number of a calf they found on one of Israel’s factory farms.