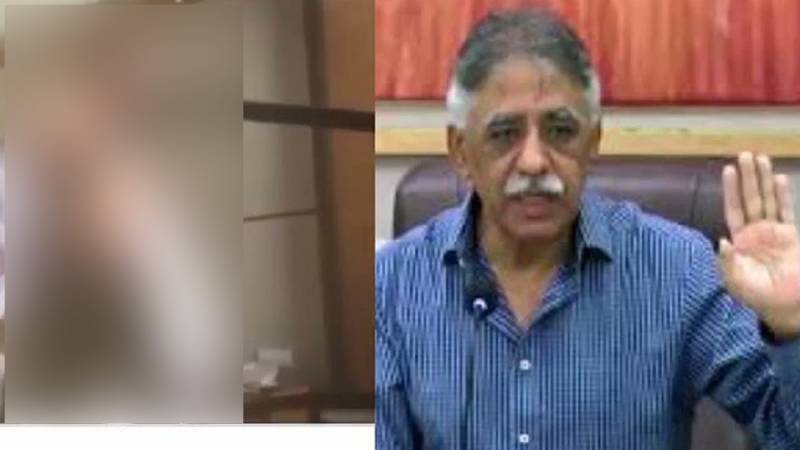 The explicit clip, which has recently made headlines, purportedly featured Zubair who can be seen having sexual acts with a number of unidentified women while his face can be seen in the clip.

Sharing his stance on his official handle, the former Sindh governor wrote “Whoever is behind this has done an extremely poor and shameful act. I have served my country with honesty, integrity, and commitment and will continue to raise my voice for the betterment of Pakistan”.

This is no politics. In fact a new low !! By launching a fake & doctored video against me.
Whoever is behind this has done an extremely poor & shameful act. I have served my
country with honesty,integrity & commitment. Will continue to raise my voice for betterment of Pakistan.

The incident sparked a new controversy on social media with users, journalists, politicians expressing anger. It is not the first incident of this kind as a slew of Pakistani politicians, actors, and other notables have fallen prey to leaks showing them in lewd acts.

Focal Person to Chief Minister Punjab Azhar Mahswani, taking a jibe at opposition leader, said it seems like an inside job of Muslim League Nawaz. He ended the tweet mentioning 'Maryam Leaks Productions'.

Seems like an inside job of MLP™️ (Maryam Leaks Productions)

Earlier, journalists Gharidah Farooqi and Mansoor Ali Khan also responded to the controversy saying they approached the PML-N leader he termed it as a fake and doctored clip.

Meanwhile, the timing of the alleged leak also raised a number of questions as it surfaced at a time when Zubair is playing on the front foot against the ruling party.