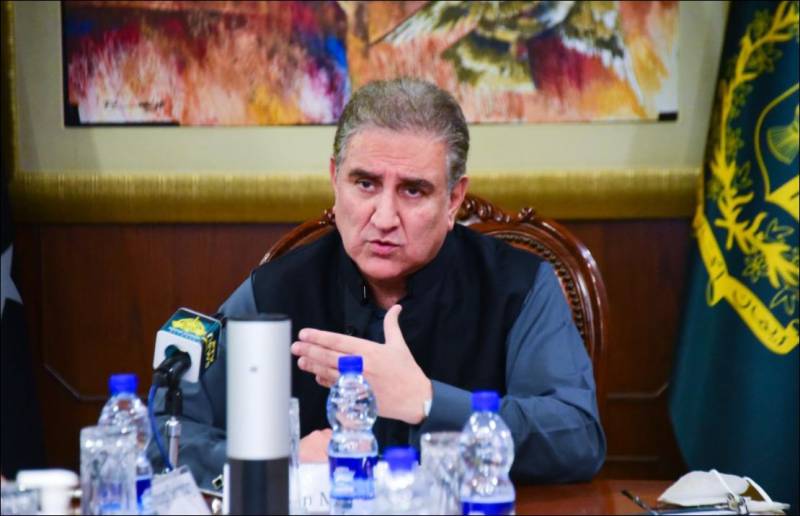 LONDON – Foreign Minister Shah Mahmood Qureshi, who is on a 3-day official visit to Britain, said Pakistan and the United Kingdom are on the same page over regional peace in Afghanistan.

Both Pakistan and the United Kingdom are on the same page when it comes to the demand for an inclusive government in a war-torn country. Qureshi made the statement after dinner in the British capital hosted by Pakistan High Commission.

He discussed a number of issues, including the situation in the war-ravaged country along with Pakistan's role in maintaining peace in the region.

Britain presses the new Afghan setup for an inclusive government in Afghanistan, and Pakistan also requested the Taliban for inclusive administration, he said while adding that our approaches might differ but goals are the same, per reports.

Exposing the western agenda against Pakistan, he said media controlled by some countries are trying to blame Pakistan for the situation in Afghanistan. It’s the former Afghan rulers who are responsible for the current situation there.

US terms Pakistan a key ally when it comes to Afghanistan

“Pakistan is not a safe haven for terrorists. Western media outlets should come here and see the situation for themselves,” he stressed.

Furthermore, FM also mentioned the probability of a humanitarian crisis in Afghanistan and urged Britain to contact the Taliban government to resolve the issue. If the world isolates Afghanistan, then there will be a refugee problem and people will turn to European countries, he added.