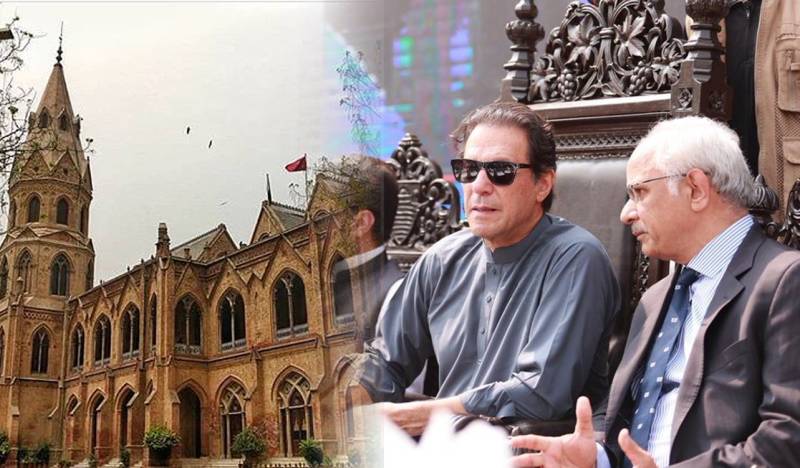 LAHORE – Government College University Lahore, one of the noted educational institutions, becomes the talk of the town as PML-N leaders demanded action against its Vice Chancellor for allowing ousted PM Imran Khan to address at the varsity.

Many old Ravians, activists, and politicians, including the daughter of former PM Maryam Nawaz, slammed authorities after the use of the varsity’s premises for political gatherings with students chanting slogans against ruling alliance leaders.

Some accused that vice-chancellors affiliated with the leading political party to get promotions, maintaining students are restricted from raising their voices on social issues.

Strict action must be taken against Vice Chancellor Government College Uni for desecrating an educational institution by lending it to a Fitna & organising his jalsa on the premises. Using a seat of learning for political hate-mongering is a crime that should not go unpunished.

Punjab Governor Baligh-ur-Rehman, as a chancellor, took action after Maryam Nawaz’s tweet. He also lamented making prestigious educational institution into a political arena, saying there is no room for such political activities in universities.

Amid the social media trends and fiery statements, GCU Vice Chancellor Asghar Zaidi cleared the air, saying the event was organised by the Punjab Information Technology Board with the agreement of the Higher Education Department (HED), Punjab.

“We had been informed in advance by the PITB that they are inviting former prime minister Imran Khan to the event to talk about ‘Orientation Drive for Youth: Taleem Aur Hunar Sath Sath’. However, what the former prime minister chose to say on the stage today was his call and it was not in our control,” he said.

The Government College University is one of the most prestigious universities in Pakistan ranking in the top ten ...

Zaidi’s note further said “We also did not object to holding this event at GCU for two reasons: firstly, the initiative will be for the advantage of our youth and in raising standards of the education sector in Pakistan as a whole. Secondly, the world over, political leaders come to universities to address youth, and we do not discriminate on the basis whether they are in the government or in the opposition.”