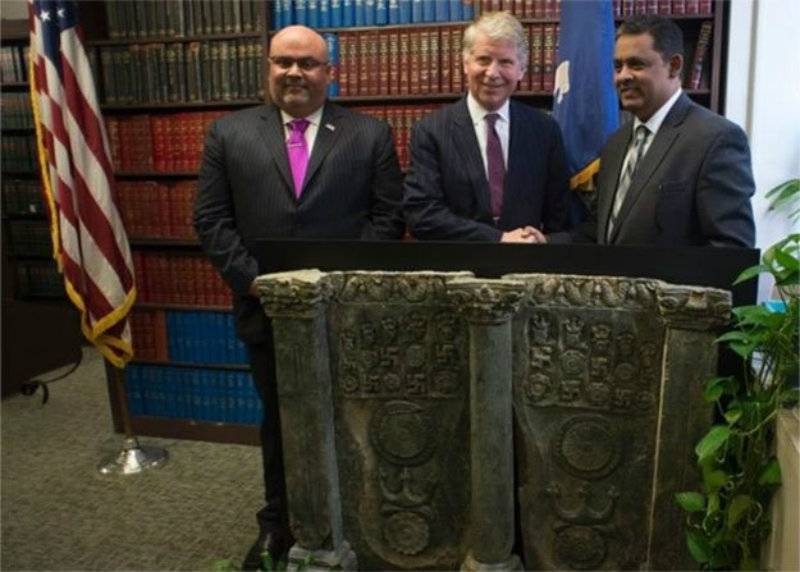 NEW YORK (APP) - A precious sculpture of Buddha’s footprints carved in stone that was smuggled into the United States was returned to the government of Pakistan at a ceremony in New York on Wednesday.

The 440-pound piece, called a Buddhapada, was recieved by Deputy Chief of Mission at Pakistan Embassy in Washington, Rizwan Saeed Sheikh, on behalf of the Pakistani government.

The sculpture was presented by Manhattan District Attorney Cyrus Vance whose office recovered it in a sting operation after an intensive investigation.

Sheikh thanked Vance and his team stating the artifact was “an important element of the rich cultural history of Pakistan” and he was relieved to have it returned. 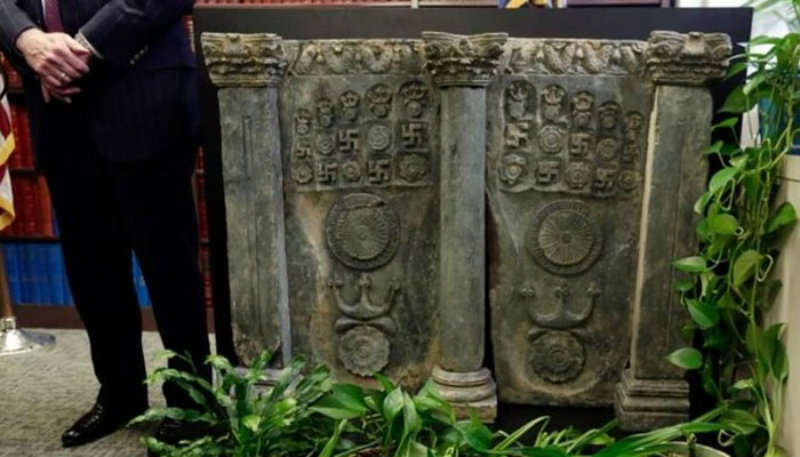 Wednesday’s event, he said, gave a new dimension to the multi-faceted relationship between Pakistan and the US.

The repatriated piece is a large stone slab with columns and two large footprints. Within the footprints are symbols that denotes auspiciousness.

“This sculpture and others like it are so much more than commercial property, they represent ancient pieces of history and culture that should be celebrated and vigorously protected,” District Attorney Vance said while addressing the ceremony.

The artifact was taken from an archaeological site in Pakistan’s Swat region in the 1980s.