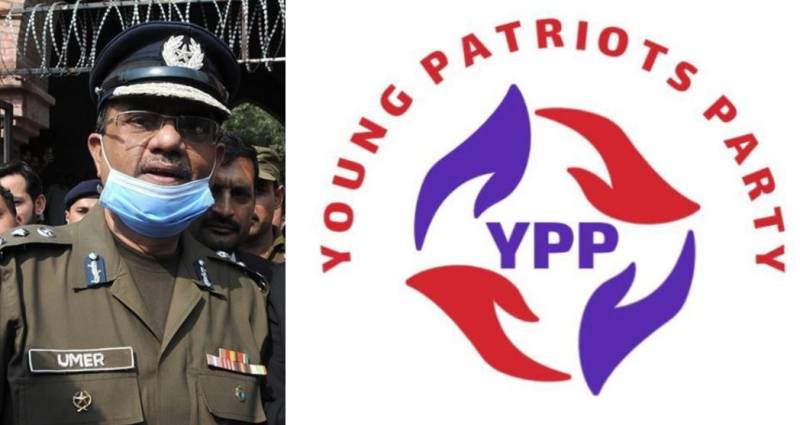 LAHORE – Former Capital City Police Officer Umar Sheikh, who got sacked after a fair share of controversies, has threatened to launch a political party if he is forcibly removed from the service.

Sheikh gained national attention and sparked outrage earlier this year when the high-level cop made remarks implying that the victim of the Lahore motorway gang-rape incident shared responsibility for the gruesome incident.

Taking it to his official Facebook, Sheikh wrote that ‘I will form a political party (Young Patriots Party) if forcibly removed from the service. He referred the idea toward India’s Aam Aadmi Party which was established by an Indian politician and a former bureaucrat Arvind Kejriwal.

YPP will focus on bureaucratic and police reforms and prove to be a beacon of hope for dejected youth in this crisis. Adding that, members of the political party will wear Mao cap and serve people through social reforms.

Narrating the motive behind launching the party, Sheikh mentioned that the authorities did not let me introduce reforms within the system and yet he opted to introduce his own party which opposes the dilapidated system.

Let it be known that Sheikh has been superseded for the second time as he was not promoted to the rank of Additional Inspector General in grade 21. He approached the Supreme Court and also spoken against the decision on the media, terming the move as biased.

A number of his controversies include a major dispute between him and then IGP Shoib Dastaghir who expressed reservations about working with him.

Later, an audio clip of former CCPO Lahore was also surfaced in which he hurled abuses at a woman who approached him against the abduction of her husband. A junior officer also resigned after Sheikh hurled abuses at him in front of other officials.