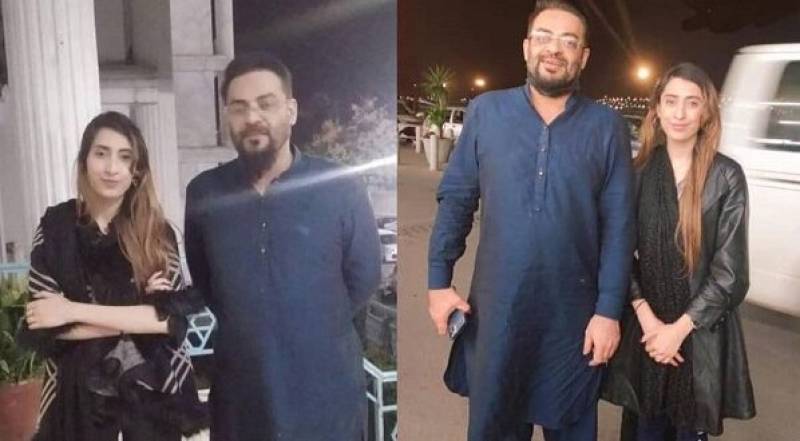 There is no stopping Dr Aamir Liaquat Hussain from being the unprecedented king of ratings and scandals this Ramadan season.

Despite the fact that Liaquat had put the speculations about his alleged third marriage to rest, it seems like the fiasco won’t be dying any time soon with actress-model Haniya Khan coming up with more proofs and a leaked audio call doing round on the internet.

“I and Aamir got our Nikkah done in the presence of Emaan Zara, Adeel Suri and Moiz Umer.”

Moreover, Khan also released Liaquat’s private video. Further, she accused Aamir Liaquat Hussain of threatening her father with life and creating hurdles for her while she was on her way to Islamabad.

Adding fuel to fire, a leaked video of Aamir Liaquat’s voice call has gone viral on social media and suffice to say the revelations are shocking.

Making some unexpected confessions, he admitted he had married Tuba because he was left with no choice. Since his first wife Bushra went to her home and insulted Tuba's family so he had to marry her to save her honour.

Earlier, Haniya Khan claimed that she was the 'third wife' of the televangelist. Hailing from Islamabad, she framed allegations on the TV host and his second wife Tuba Aamir in a video message shared on social media. Further, she accused Tuba Aamir had used ‘black magic’ against her.

Hussain tied the knot with Tuba – a young co-worker from a private news network – in 2018.

Dr Aamir Liaquat Hussain has been trending all over the Internet ever since the Ramzan Transmission 2021 started. From ...