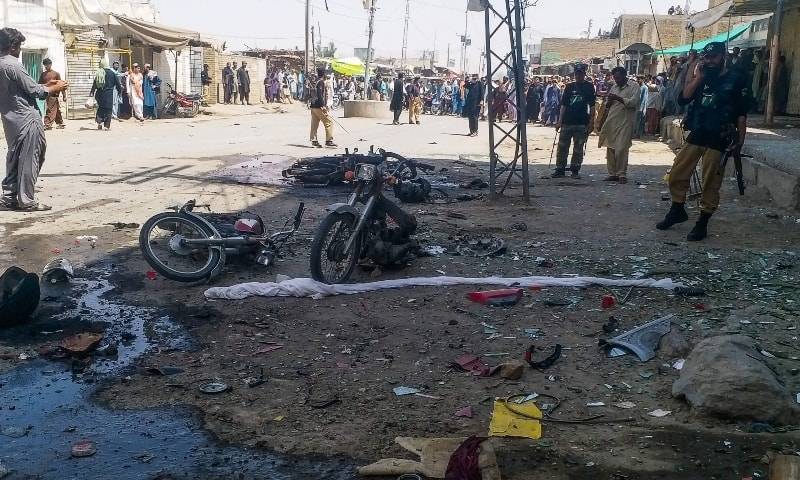 QUETTA – A police personnel was martyred while eight people suffered injuries in a bomb blast near Qila Abdullah Bazaar of Chaman district.

According to the local police, a remote-controlled explosive device was mounted on a two-wheeler near a police van on Wednesday. It exploded when a police patrol vehicle was passing nearby.

A heavy contingent of law enforcement agencies rushed to the spot and cordoned it off to collect evidence. A bomb disposal squad has been called in with a search operation launched in the area, District Police Office Jaffer Khan told media.

The deceased policeman and injured were later shifted to the Qilla Abdullah Civil Hospital.

Police gathered all evidence and further investigations are underway.