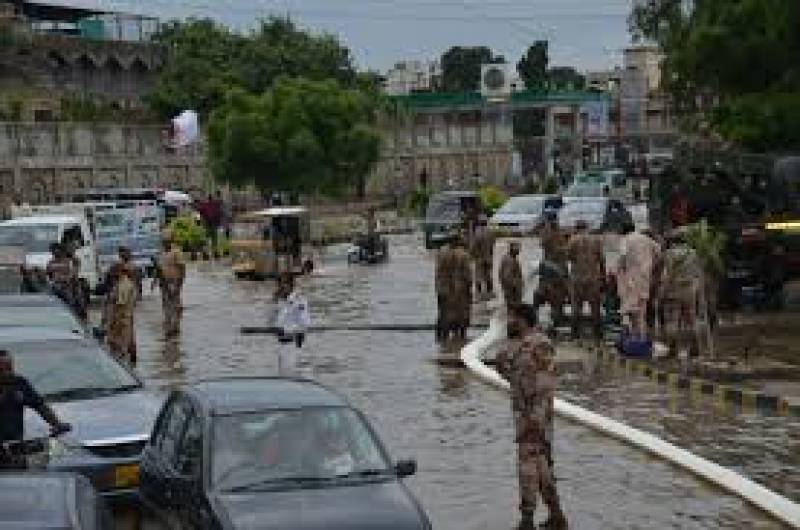 KARACHI - Pakistan Army, Navy, Sindh Rangers and other civic agencies are busy relief and rescue operations and in draining the water and helping people affected during the rain-hit areas in Karachi.

Pak Army has established a Flood Emergency Control Centre to deal with flood relating emergencies while medical camps have also been established in the areas of Gulberg, Liaquatabad and New Karachi.

Widespread outages of electricity that extended for more than 24 hours, added misery to the residents of Karachi.

Furthermore, the government has asked the people to stay put and follow the safety measures and precautions to stay safe in these troubling times.