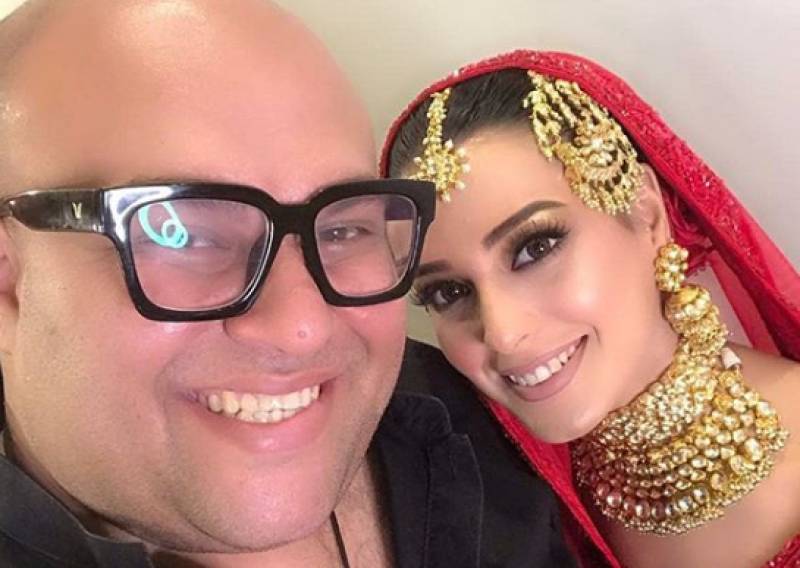 KARACHI - Pakistani TV star Iqra Aziz is all set to say ‘I Do’ to love of her life Yasir Hussain, today. Before the reception begins, The bride-to-be’s photographer has just shared some glimpses of the Ranja Ranja Kardi actor as she prepares for her Nikkah ceremony.

It looks like Aziz’s dress has been inspired by Priyanka Chopra’s wedding dress by Sabyasachi. Aziz has donned a similar blood-red dress by Pakistani designer Nomi Ansari.

A similar wedding dress was earlier displayed by Zainab Chottani on the third and final day of Fashion Pakistan Week 2019.

LAHORE - Bollywood's diva Priyanka Chopra and US vocalist Nick Jonas's wedding was certainly one to remember and kept ...

Chottani’s red collection also seemed to be inspired by Sabyasachi’s dress for Chopra. The dress was donned by Hania Aamir, who was the showstopper along with Asim Azhar.

A post shared by Sabyasachi Mukherjee (@sabyasachiofficial) on Dec 5, 2018 at 8:44pm PST

Aziz and Hussain hosted their Mehndi last night (Thursday) for friends and it turned out to be a star-studded event.

Their Mehndi night was filled with extensive and crazy dance performances and the couple grooved with their friends as well.

The dances were followed by musical performances by singer Asim Azhar and Yasir Hussain’s sister Schumaila Hussain. Yasir’s sister is a singer by profession.

The couple has been the talk of the town ever since Yasir’s impromptu proposal to Iqra at the Lux Style Awards 2019. Earlier this month, the couple had announced on Instagram their wedding date, December 28, 2019.

They have also started the trend #IqYasirDaViyah, which has made everything super simple for their fans and supporters because it means they can follow everything on this hashtag without having to look anywhere else.

Earlier, Hussain revealed to media officials that the couple is not aiming for grand wedding events. “It is going to be a small intimate affair,” he said. The couple is also planning on not inviting many stars from the industry with the exception of a few close friends.

While shying away from spilling anything else, the groom-to-be said that the reception is going to be very unique.