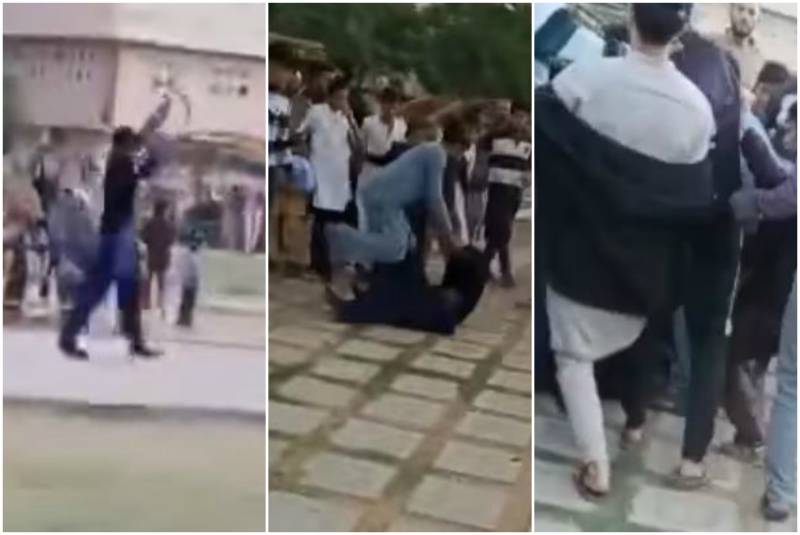 KARACHI – In a recent event in Gulberg area of Sindh capital, a uniformed security guard opened fire to threaten the children who were playing in a park.

Chaos spread at the family park near Hussainabad area after a security guard named Kamran began firing in the air. The people panicked and started to run as initially it appeared as a terror attack.

Later, the security guard was beaten up by the crowd for creating panic. Local residents took his weapon away before the police took him into custody.

The security guard, however, says he used the gun to scare away men who had beaten him up after he told them to stop teasing women in the park.