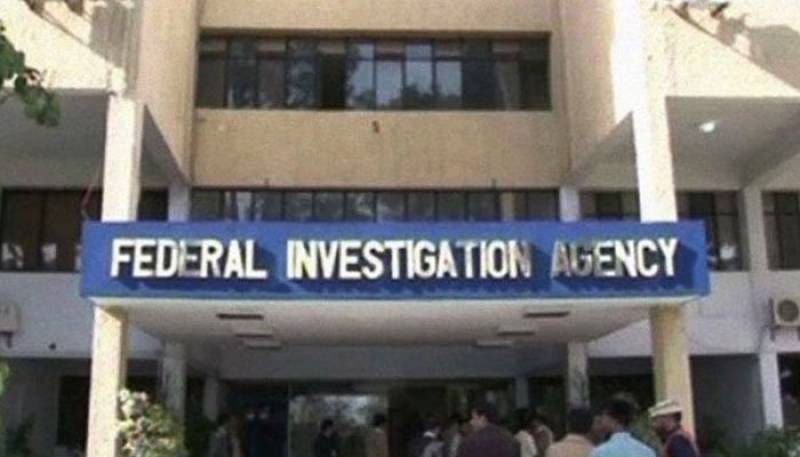 KARACHI – Sindh government on Sunday approached the cybercrime wing of the Federal Investigation Agency (FIA) over ‘fake circulation of holiday’ on December 28 in the province on social media.

In a letter written to the FIA, Sindh government informed that a fake circular of holiday in Sindh government departments on December 28 is circulating on social media, and asked to take action against the persons involved. 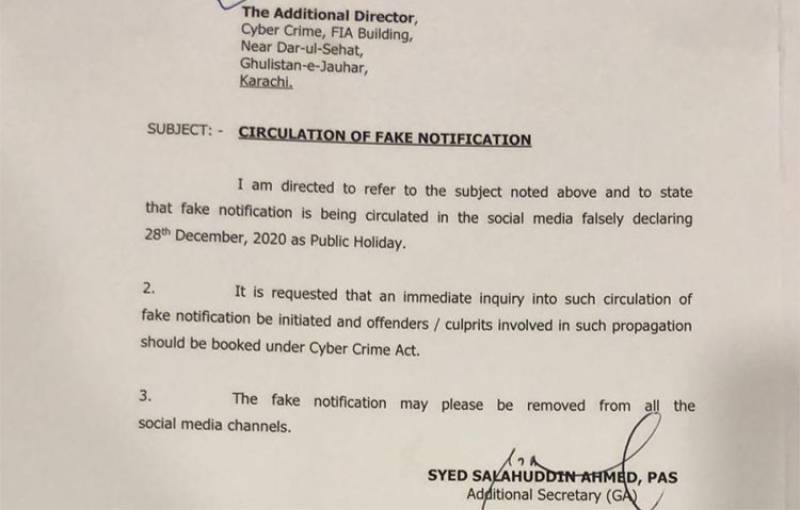 The FIA has also been requested to remove the fake circular from the social media platforms.

ISLAMABAD – Current affair host and journalist Ayesha Sohail has lodged an official complaint against her husband ...