The FIR filed by the news host stated that a few months back, her husband – Barrister Ehtesham Amir-ud-din, anchor of private news channel – had evicted her along with the children from their residence at midnight.

Ayesha also accused her husband of beating since the start of their marriage; and for the sake of honour and her children, she tolerated all the violence.

She further mentioned that she has started to live separately, but under the pretext of meeting children, he visits the new house and assaults her.

According to the FIR, on December 21, 2020, Ehtesham forcefully entered the house and started beating her, and as soon as she arrived, he grabbed her from the hair and slapped her - later tried to strangle her. He also threatened her with the weapon. Later, upon the uproar of children and housemaid, he fled away with threats. 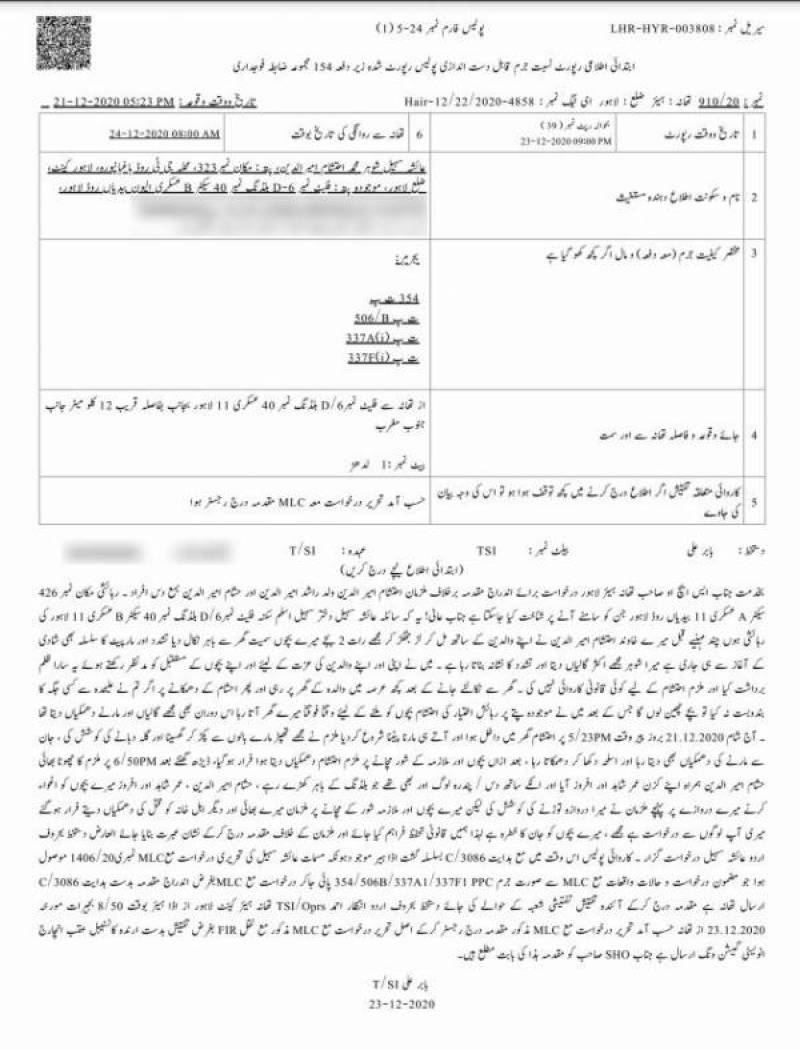 She also alleged in the FIR that her brother-in-law Hisham Amiruddin along with her cousins named Omar Shahid and Afroz attempted to abduct their children.

The police have registered the complaint at the request of the female anchorperson against her anchor husband.

ISLAMABAD - Ayesha Sohail, the sister of Mohsin Abbas Haider's wife has shared a telephonic conversation between her ...

Earlier in July 2019, the sister of Ayesha Sohail, Fatima Sohail accused actor and DJ Mohsin Abbas of abuse and cheating.

Fatima accused Moshin through a detailed social media post, alleging that Mohsin physically abused her while she was pregnant; upon her confronting him about cheating.