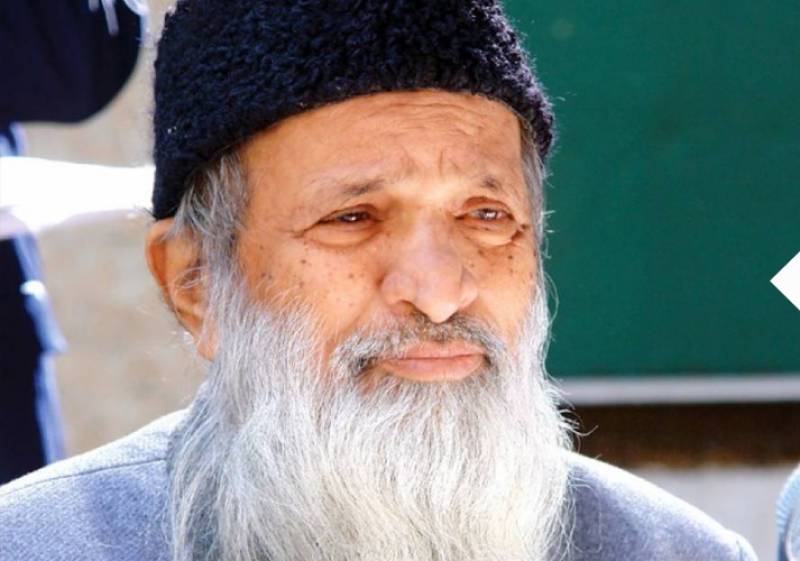 LAHORE - Abdul Sattar Edhi left us on July 8, 2016. But even when he has gone, his name, his work, his kindness live on in the form of Edhi Foundation.

Edhi was born in Bantva, Gujarat, British India in 1928, and moved to Karachi where he started his charitable activities when an Asian flu epidemic hit the city. The same year, he bought his first ambulance and the rest is history as he continued to work for humanity along with his wife Bliquis Edhi. By the time of his death Edhi was father-figure to around 20,000 children.

People have come forward with their toughtful gestures, wishing the 'Angel of Mercy' on his birthday and thanking him for his existence.

Years ago a man was born today who became the icon for humanity and a true musalman! #edhi edhi foundation needs us more than ever before.

#AbdulSattarEdhi was the founder and head of the #Edhi Foundation in #Pakistan and ran the organization for the better part of six decades. He was known as Angel of Mercy . #RemembringEdhi#TheRichestPoorMan #EdhiAnIdeology#igreen_pk #pakpedia_pkhttps://t.co/9ZRt2bJ846 pic.twitter.com/29XSMozOnW

"No religion is higher than Humanity "
Remembering the great philanthropist and humanitarian Abdul Sattar Edhi on his birth day !!#Edhi pic.twitter.com/DqdE9uz19E

We salute one of the greatest Pakistanis, Abdul Sattar Edhi on his 90th birthday. To honour Edhi Sahib, this season we will see Zainab talk to him in her dreams and learn important life lessons from him. #Edhi #HappyBirthdayEdhi #PakistanZindabad pic.twitter.com/EK1cqclBY4

Years ago a man was born today who became the icon for humanity and a true musalman! #edhi edhi foundation needs us more than ever before.

Hareem Shah reveals how she exchanged number with Farooq Sattar