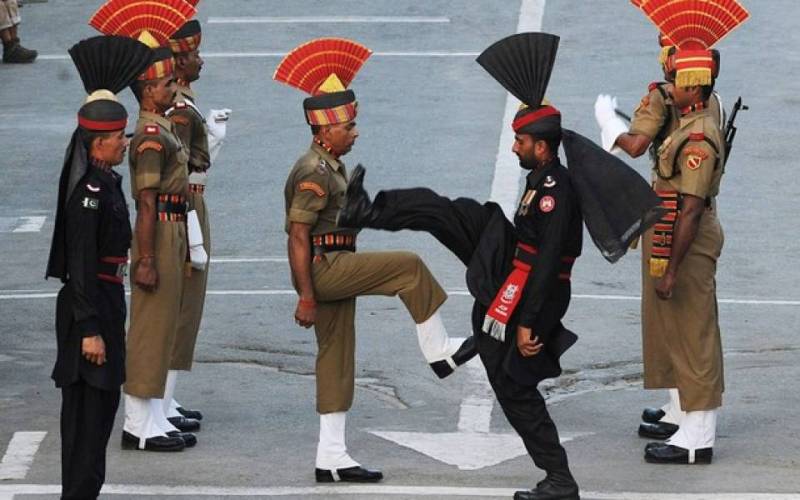 It's no secret that Pakistan's image on the international level isn't great; the credit for which goes to some of our previous policies and constant propaganda by India. However, during the last few days of tension between Pakistan and India, Pakistan has, with its rational policies, emerged as the one on a higher moral ground.

The tension between the two countries escalated after the Pulwama attack for which India blamed Pakistan without any evidence and waged a propaganda war against it. The statement Prime Minister Imran Khan gave in response was solid, concrete and very rational. “I welcome all kinds of investigations to be done to find out the perpetrators of the attack,” he offered. However, his offer was met with hostility.

Despite Khan's invitation and assurances, India was quick to escalate things against Pakistan. Indian government launched a crackdown against Kashmiris, a Pakistani prisoner was stoned to death in an Indian prison, clashes erupted on LoC and India violated Pakistani airspace and attacked "non-military targets" in Balakot. One civilian got injured due to this misadventure of Indian Airforce.

What happened next was no surprise. Two of Indian fighter jets violated Pakistani airspace again and were shot down by Pakistan Air Force, one pilot was captured alive and produced before media. A clear message was sent to the neighboring country that any offense will be met with retaliation. A clear battlefield victory for Pakistan.

Tension escalated some more, few of Indian airports and Pakistani airspace was shut down, forces of both countries are on high alert.

Amidst this tensed situation, Prime Minister Imran Khan announced that the captured pilot Wing Cdr Abhinandan Varthman will be returned tomorrow. This gesture by Pakistan's government is one of peace and shouldn't be mistaken as weakness, for it was acquired through a military victory by shooting down the intruding jets and capturing the pilot. By announcing the unconditional release of Adhinandan with a sole purpose to deescalate the tension, Pakistan has scored moral victory too. This can also be considered a political victory since it is a clear indication of Pakistans commitment and seriousness towards peace in the region and should give us a better standing internationally.

But it's not time to celebrate the tactical victory. It's time to cash it.

Pakistan needs to build a strong case against India for violating its airspace, for carrying out a provocative attack against "non-military" (read civilian) targets and injuring a civilian Pakistani during the peace-time - which calls for serious implications. Pakistan also needs to give ample attention to the extra-judicial killing of a Pakistani prisoner in an Indian prison, and ask for an apology from India for attempting to tarnish Pakistan's image by accusing it of Pulwama attack without any evidence.

India's failure to provide concrete evidence immediately afterward and hostile reactions are clear indicators that India doesn't want peace in the region - at least not until their elections are over. On the contrary, Pakistan has made efforts to further the peace process. This narrative is based on facts and should be pushed properly on the International level. Pakistan needs to do this before we return the captured pilot tomorrow. Otherwise, we are just going to waste this golden opportunity where Pakistan has emerged victorious in every way. Who knows where we stand tomorrow.