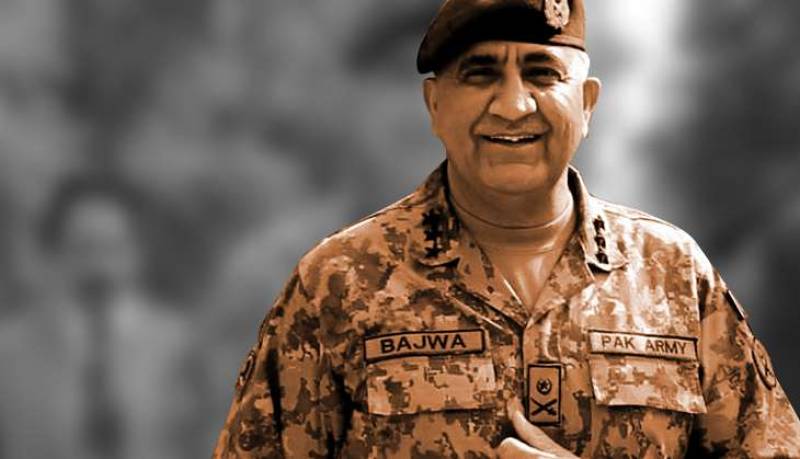 The Pakistani military is the star of 2018. The year capped a decade that saw the military transform itself from a guardian of the status quo to an agent of change.

It has just overseen the third uninterrupted transfer of power from one elected government to the next since the military returned to barracks in 2008.

More important is how Pakistan’s most powerful institution submitted to the popular demand of Pakistani voters for change and end to status quo. And it did so by supporting stability and accountability for corruption. This is the biggest story of the decade that is lost in the noise of everyday chaotic Pakistani politics and media. Pakistan has crossed a line. It is poised today for rapid rise and a return to the dynamic, open and cosmopolitan country that it used to be a little over forty years ago.

There is a tendency among commentators and analysts to underestimate or outrightly ignore the scope of change underway in Pakistan. This oversight leads to another error of judgment: to properly understand what Pakistan will look like in a few years if this pace of change is nourished and sustained.

During the last days of 2018, General Qamar Bajwa, Chief of Army Staff, spelled it out in no uncertain words: “We want you to emerge from a security perspective to a development perspective; therefore, join hands to take Pakistan forward.” He was addressing cadets at Pakistan Naval Academy in Karachi.

But these gains are not locked. And it is not enough for the government and the military to be on the same page. Unless the country is united, fault lines contained, corruption eliminated and rule of law established, there is a chance Pakistan could relapse. An open society and economy, and multiple strong institutions, is the way forward.

The military ended three decades of close working relationships with politicians like Nawaz Sharif, who were groomed in the eighties and nineties. This has opened the door to the biggest upset in Pakistani politics in half-century. This upset has brought to power a sports celebrity. This upset has also allowed Pakistanis to elect individuals that are not obnoxiously rich or backed by ethnic, religious, linguistic, sectarian, feudal or tribal politics (a young middle-class social activist, Zartaj Gul Wazir, from the Pashtun belt, defeated entrenched tribal and religious groups, with backing from young voters and women).

Today, a retired general from Pakistan Army is engaging the militaries of 41 nations to create a regional security umbrella, one of a series of foreign policy changes that embrace Pakistan’s international role. China pumps billions into a Pakistan-centered regional connectivity project, while allies like Saudi Arabia, United Arab Emirates, Turkey, Azerbaijan and Malaysia want to help Islamabad overcome economic troubles.

Pakistani military is also contributing to social change. The Army chief openly attends a Christmas ceremony at the Church of Christ. The military has defeated religious and separatist insurgencies on the western borders, busted foreign terror and spy networks, and is working again with United States on a win-win in Afghanistan.

Uncertainty in Pakistan stems from sharply divided and bitter politics, and an economy not fully optimized and integrated with the global economy.

But the biggest source of instability in Pakistan is the destructive style of politics. Corruption-tainted politicians are pumping money to destabilize the country and fan uncertainty.

The Charter of Democracy, signed by old-school Pakistani politicians in Britain in 2006 was a pact that solemnized epic corruption in Pakistan; legalized 40 years of massive mismanagement, graft, and incompetence benefiting powerful political families in PMLN and PPP, the two political parties that have alternated in power since 1990.

These parties have broken their own records. The epic corruption of 2008-2018 is bigger and more sophisticated than anything seen before.

The historic corruption cases against powerful politicians in 2017 and 2018 mark a positive change, reassure investors, and restore Pakistan’s image internationally. In retaliation, tainted politicians point the finger at businesses owned and run by the military and the housing societies linked to it. These are legal businesses that generate revenue that supplements social welfare for families of military veterans. But here is the catch: when you act against political corruption, you preempt corruption in civil and military bureaucracies, which otherwise thrives through political patronage.

In short, when you act against political corruption, you make it difficult for civilian and military bureaucracies to get away with any corruption within those institutions.

An excellent key point against the 18th Amendment is that it devolves power to the provinces, but the provinces refuse to devolve power to ordinary Pakistani citizens. This happens because political parties refuse to share power with ordinary Pakistanis and want to concentrate power in the hands of the rich and powerful. This way, democracy in Pakistan is destroyed at the roots.

The spirit of the Constitution of Pakistan rests on two key principles: strengthening the State and serving the people. The 18th Amendment fails in both because political parties in the provinces won’t devolve power. Hence, the state is being weakened and citizens are not getting their rights and services.

This is how the 18th Amendment becomes a problem, not a solution. Structural changes in the federation, including local governments, parliamentary vs. presidential system, multiple federating units, and reorganizing the civil service, are things that should be explored.

China and India are success stories today for many reasons but the strongest is that they opened their society and economy and embraced the world after the end of the Cold War in 1991. Pakistan did the opposite. We helped the world win the Cold War. Pakistanis, Americans and the Free World partnered to defeat the Evil Empire. But, just as everyone in the world braced to exploit unprecedented global connectivity and opportunities, Pakistan retreated inwards, into political instability and global oblivion.

Opportunity knocks again and there is consensus in Pakistan’s power corridors that it is time to deal with the region and the world with confidence and optimize relationships, interests and opportunities.