Fascism loses Dutch battle but not the war for Europe 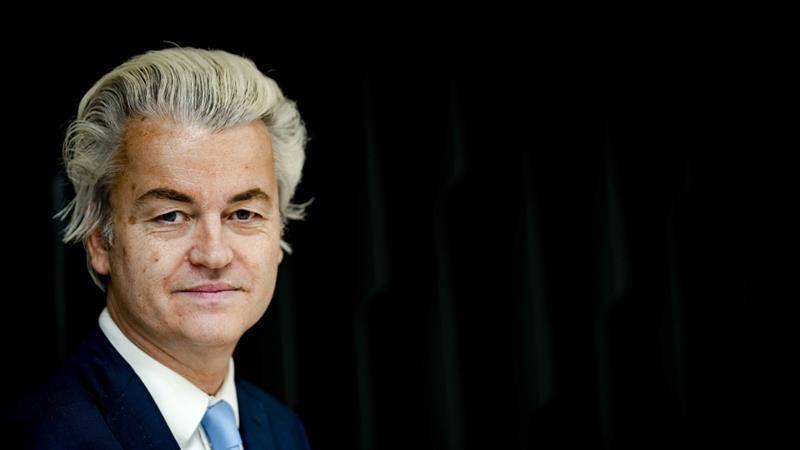 The Netherlands has weathered the storm. The election is over about which the Dutch seemed really excited. Over 81 percent of the population went to vote. And, the result is not nearly as scary as was projected in various exit polls.

VVD, the centre-right party led by incumbent Prime Minister Mark Rutte, emerged as the main victor whereas expected surge of Geert Wilders’ far-right PVV could not be materialised. Though his anti-EU, anti-Islam and anti-migrant party gained five additions seats in the parliament, it emerged as a distant second with 20 slots. Wilder’s coalition partners failed badly too.

Premier Rutte will need 76 votes to form the government in 150-seat parliament. Besides its 33 seats, the ruling party will need 43 more votes, possibly with the help of 19 seats each of Christian Democrats and Liberal Progressives and GreenLeft party’s 14 members. Jesse Klaver, GreenLeft leader who is also called the Dutch Justin Trudeau, emerged an unexpected victor of the night. The 30-year-old’s is charismatic and empathic like the Canadian leader.

The Breitbart-favored party – VVD – actually has slightly lost popularly if compared to 2010 when it won 24 seats. Only in Amsterdam, Turkish diaspora-led party – DENK – ranked higher than Wilders’ while winning three seats across the country.

The defeat of white supremacist with a silly hairstyle has not only been hailed by Muslims and Jews but also people of other faiths and ethnicities. The Dutch have possibly learnt from the shocking result of US election where turnout rested at 55 per cent, resulting in Donald J trump’s win through the Electoral College despite sizeable defeat in the popular vote.

European Commissioner Jean-Claude Juncker said it was victory “free and tolerant societies in a prosperous Europe.” German Chancellor Angela Merkel termed it a “very pro-European result” and a “good day for democracy”. Erdogan-led Turkey reacted in a more whimsical manner saying there was no difference between Wilders and Rutte.

Though the racists did not emerge victors in Netherlands but the increase in the party’s slots inside the new parliament indicates better election strategy as well as mobilisation of their dormant cliques.

Wilders rhetoric did not go down well with the predominant majority of Holland due to a multitude of factors. The Dutch people were themselves the victim of Hitler’s barbarity in WWII and did not adhere to the idea of rejection of others on the basis of race and religion. Learning from the blunder of Brexit, the people voted cautiously. Since the Brexit poll, the English have consistently been shocked by the extent of its projected economic fallout. For much of Europe, the economy is the principal anxiety. Netherlands’ voters weren’t sure of how can exiting the EU help improve their standard of life!

Thirdly, the poor performance of Donald J Trump in the US factored in too. The US President’s principal aide, Steve Branson, had openly sided supported Wilders’ candidature. Netherland is a tiny coastal nation compared to almost-continental United States, thus isolationism and protectionism had lesser appeal for them, which still translated into Wilders’ 20-seat triumph. Riding high on disgust and populism, the western fascists have been presenting themselves raw and blunt.

Wilders’ and Le Pen both borrow from Trump and Nigel Farage’s rhetoric. Like the Dutch leader, France’ Le Pen also greeted increase in voter base of far-right parties. Exit polls predict her win in the forthcoming election just like they did for Wilders’. Optimistic and upbeat, she congratulated her Dutch counterpart for winning more seats. She has a point: Wilders’ PVV is merely a 12-year old party which first contested the elections in 2006.

While Trump victory emerged without any prognosis, the surge of Brexiters, as well as other fascists in Europe, has been gaining pace over the years. Austria has spearheaded the movement for decades, even when Vladimir Putin was not around to babysit the campaign with his disruptive doctrine of mistrust and chaos. The far-right camp has become tremendously organised and tech-savvy. The emergence of ISIS, exodus of Muslim refugees and tame approach of Obama White House continue to provide the much-needed fuel to their fire of hatred.

Probably, the Dutch sample is too small to help the world understand what to expect in Europe ahead. Wilders’ could increase his voter base but could not win the lead, meaning thereby that majority rejected the far right. The lessons learnt from the March 15 election can lead like-minded parties in France, Norway and Germany to improve their strategy, adapt the rhetoric and assess if vocal support from the likes of Farage and Branson is beneficial or works to the contrary. Similarly, the election results bring forth need for introspection for pro-EU parties. They too will have to calibrate their campaign accordingly. The challenge for the liberals has been a division of votes while the opponent camp is less prone to split platforms fight against each other.

Putin’s Russia has not hidden its ambition to weaken Europe though its very own electoral process. Kremlin-supported websites and FSB-affiliated whistleblowers are also out playing their catalytic role. However, It remains to be seen if this will be the only election Russia’s Putin has lost in Europe as there are three more to follow: France’s presidential election (April 23 and May 7); French parliamentary election (June 11 and June 18), Norwegian parliamentary election (September 11) and last but not the least Germany’s federal election (September 24). For anti-immigrants, Netherlands symbolises nothing but a small European village holding out against the populists. The game of chess has just begun!