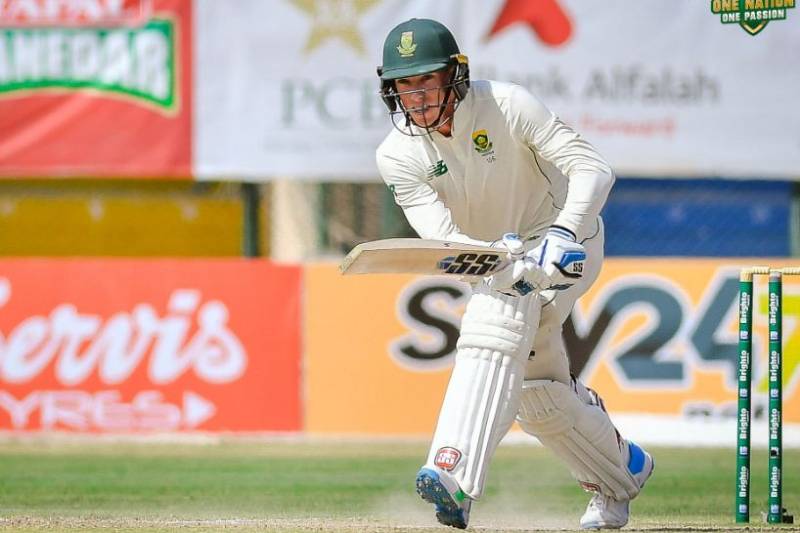 KARACHI – South Africa finished the game of the third day of the first Test at 187-4 as Pakistani spin bowlers managed to sustain pressure on the visiting Proteas at National Stadium Karachi.

Aiden Markram and Rassie van der Dussen came for batting after Pakistan closed the first innings at 378 with a lead of 158 earlier today.

The duo’s 128-run partnership managed to relax the pressure by weakening the Pakistan’s lead in the first innings.

Dussen fell to prey of Yasir Shah’s bowling at 64 runs. Afterwards, Faf du Plessis (10) and Aiden Markram (74) were sent to pavilion in the following overs. They were followed by Dean Elgar who was dismissed by Shah at 29.

ANOTHER! @Shah64Y gets his third!

Starting the day with 308-8, the Pakistani tail managed to add 70 runs to the team’s lead in the firs session.

Hasan Ali was the first to lose his wicket to by right-arm pacer Kagiso Rabada at 21. Yasir Shah made 38  runs while Nauman Ali was dismissed at 24 for the last wicket.