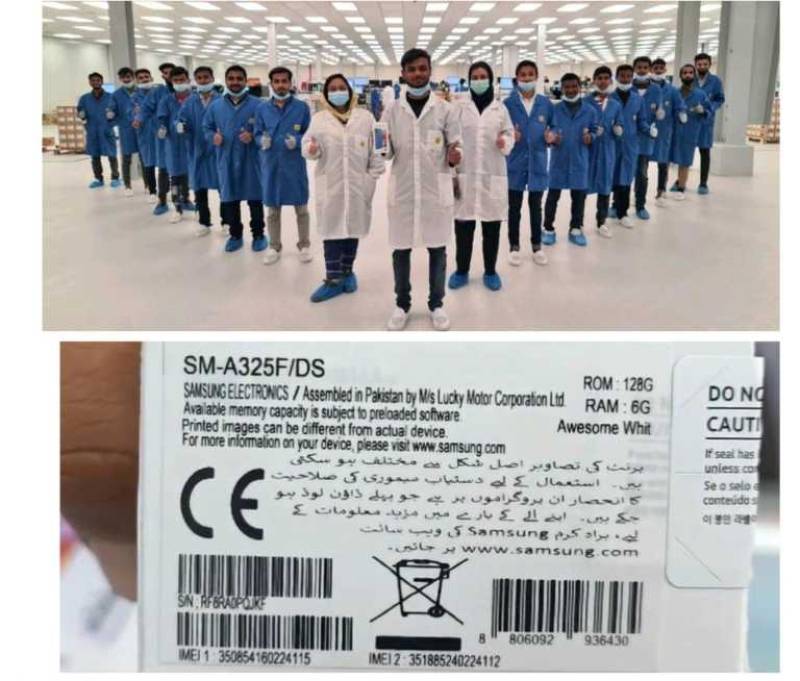 KARACHI – First smartphone assembled by Samsung in Pakistan has been unveiled, marking a significant milestone in the production sector that will cut the import bill of the country.

The South Korean tech giant has partnered with Lucky Motor Corporation for assembling smartphones in Pakistan. They have jointly set up an assembly plant at Port Qasim.

At the launching ceremony of the locally assembled Samsung smartphone, Energy Minister Hammad Azhar said that around 70 percent of smartphones were assembled in Pakistan.

He said that the development comes after a year of introducing the Mobile Device Manufacturing Policy (MDMP) in June 2020.

He added that Samsung’s launch was a result of the success of Device Identification Registration & Blocking System (DIRBS) system launched three years ago.

3 years after launching DIRBS & a year after we launched Mobile Manufacturing Policy, 70% of smart phones are now assembled in Pakistan.
Samsung has also unveiled its first locally assembled smartphone. The next step is exporting these phones InshAllah. @PTAofficialpk @Pak_MoIP

Azhar said that the government now aims at exporting the locally assembled smartphones to other countries.

He also informed that Pakistan Telecommunication Authority (PTA) had collected over Rs135 billion in taxes under DIRBS.

ISLAMABAD – One of the world’s leading TV manufacturers, Samsung has made its first TV line-up plant ...