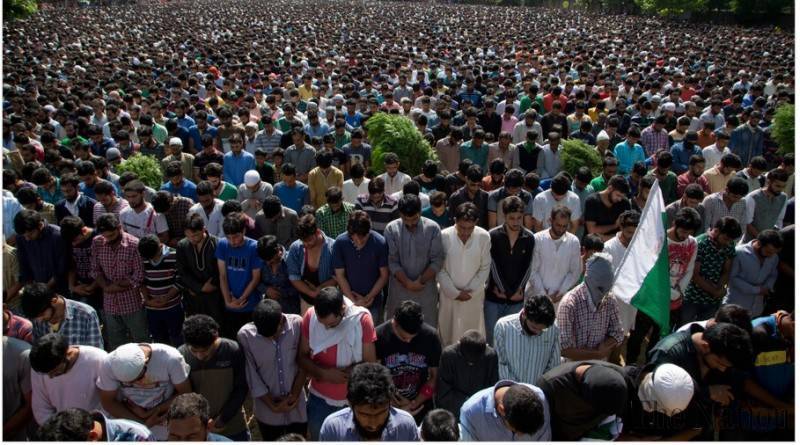 HARYANA - Students and alumni from the prestigious Ashoka University in Haryana, India have asked the Indian Government to hold a referendum in Jammu and Kashmir and resolve the Kashmir issue as per the wishes and aspirations of the disputed territory's people.

The faculty and alumni have wrote an open letter to both the New Delhi and Jammu and Kashmir governments, demanding an immediate demilitarization of Kashmir and the hold of a plebiscite, as promised by first Prime Minister of India Pandit Jawahar Lal Nehru. The letter has more than 80 signatories.

The letter, which was published by kafila.org is reproduced here verbatim for larger interest:

The Govt of India and the Govt of Jammu and Kashmir

We, the undersigned—current students, alumni of the Young India Fellowship ofAshoka University—write to voice our deepest anguish and grave concern at the violent turn of events in Kashmir in the past few days.

The violence perpetrated by the Indian State after the extra-judicial execution(1) of 22-year old Hizbul Mujahideen Commander Burhan Wani (2) is highly condemnable. The Indian Army, Kashmir Police and other task forces have reacted violently with bullets, pellets and lathis in the clashes that erupted after Burhan’s funeral. This was immediately followed by many more protests and demonstrations as part of Kashmiri resistance to the military occupation of Kashmir by the Indian State.

In the violent repression of the protests which had a huge ground support (evident from the large attendance to Burhan’s funeral) , 55 civilians (3) have been killed and around 3100 people (4) were severely injured by the pellets (5), lathis and bullets, some of whom have lost their eyesight.

We, unequivocally, condemn this brutal use of force by the Indian State in dealing with the protests after the killing of Burhan Wani.

Several patients with injuries preferred not to get admitted in the hospital as the Police and CRPF have arrested some patients from the SMHS Hospital Casualty ward (6).

The armed forces were seen attacking hospitals and ambulances (7) and stopping people going to funeral processions (8).

Consequently, alarming images of police, army and task force brutalities against women, children and youth have surfaced on social media.

We condemn the inhuman treatment meted out to the patients and the injured at the hands of the armed forces and the police.

At the same time, partial and prejudiced reportage by the jingoist national media is becoming the basis for racism, regionalism and religious intolerance among many Indians who are not afraid to bully Kashmiris and other minorities.

We condemn the grossly irresponsible way in which news channels reported about the on-going spate of violence playing to the majoritarian nationalist sentiments’ in a rush to increase their TRP’s and we appeal to them to report the ground realities, pain and agony of the Kashmiris.

The region is under a complete blackout with all modes of communication and transport blocked. The Valley has been under curfew for the past 14 days and it is still being enforced at the time of the writing of this letter.

Internet and mobile services have been completely cut-off for over nine days now. There are also reports of electricity and water supply cuts in some parts of the state. Newspaper offices of Kashmir Times and Rising Kashmir were attacked by police and its employees arrested and its copies seized.

The attack on freedom of the press is a part of the tactics of the repressive mechanism of the Indian state to contain popular mass unrest in the valley.

This is not a one off incident as similar methods of intimidating and gagging the press have been employed by the government and its security agencies in the last two and a half decades (9).

This is a complete breakdown of law and order machinery as the institutions which are supposed to maintain peace, law and order are responsible for the lack of same.

We demand the immediate restoration of communication and transport facilities in the valley and appeal to the Govt. to end the curfew too.

The Indian state is inflicting all these atrocities on the Kashmiris in the name of Indians. We believe that the time has come when we protest the human right abuses and violations being carried out in our name by the Indian State. The following are our two pronged demands to the Indian Government:

Demilitarise Kashmir: Kashmir is the world’s most densely militarized colony with over 700000 military, paramilitary and militarized police.

We demand that Army is withdrawn from civilian areas in the Valley and not to use the Army for maintaining regular law and order. We also appeal to the Indian State to confine the job of the army to just the ‘borders’.

We also demand that colonial laws like AFSPA and Public Safety Acts should be repealed keeping in view their draconian nature and the history of human right abuses they have been responsible for (10).

Conduct A Plebiscite: A plebiscite was promised to Kashmiris as early as 1948 by Jawaharlal Nehru, the first Prime Minister of India in a white paper released by the Govt. of India (11).

We demand that this promise of Indian State to the Kashmiris is honoured and a plebiscite should be conducted in the next two years in both the ‘Kashmirs’, the Indian Occupied Kashmir and the Pakistan Occupied Kashmir.

We believe that the Self Determination right of the Kashmiris is an inalienable right. We demand the Indian state to retreat from Kashmir, and let the Kashmiris decide their future and sovereignty.