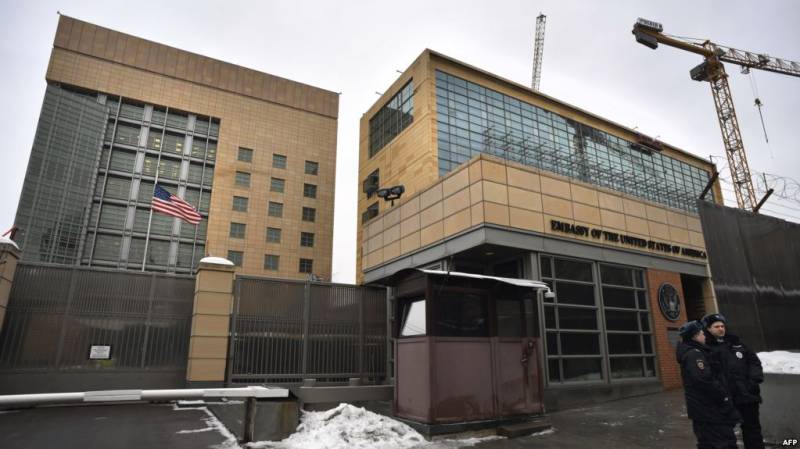 MOSCOW - Moscow has told the US to reduce the number of its diplomatic staff in Russia to 455 people, and is also halting the use of embassy storage facilities in the capital, according to the Russian Foreign Ministry.

The retaliatory move comes after the US Congress approved new sanctions against Russia.

“The Russian side is suspending the use of all storage facilities on Dorozhnaya Street in Moscow, and a cottage in Serebryaniy Bor by the US Embassy in Russia as of August 1,” the ministry said in a statement.

The number of US diplomatic service staff in Russia should be reduced to equal the number of Russian diplomats in the US by September 1, Moscow says.

“This means that the total number of personnel involved in the American diplomatic and consular institutions in the Russian Federation is reduced to 455.”

Russian President Vladimir Putin has approved the move, according to his spokesman, Dmitry Peskov.

Russia has also threatened to resort to additional retaliatory measures in case of new moves by Washington to reduce its diplomatic corps.

“In the case of new unilateral actions of the US authorities to reduce the number of our diplomats in the US, it will be followed by a tit-for-tat response,” the Foreign Ministry stated.

“We reserve the right on other mutual measures, which can affect US interests."

On July 14, Moscow warned that it was running out of patience in light of the stalemate that followed the closure of two Russian diplomatic compounds in the US, and mentioned possible retaliatory measures including the expulsion of diplomats.

“We have something to retaliate with: the personnel of the US embassy in Moscow greatly exceeds the number of our embassy staff in Washington,” Russian Foreign Ministry spokesperson Maria Zakharova stated.