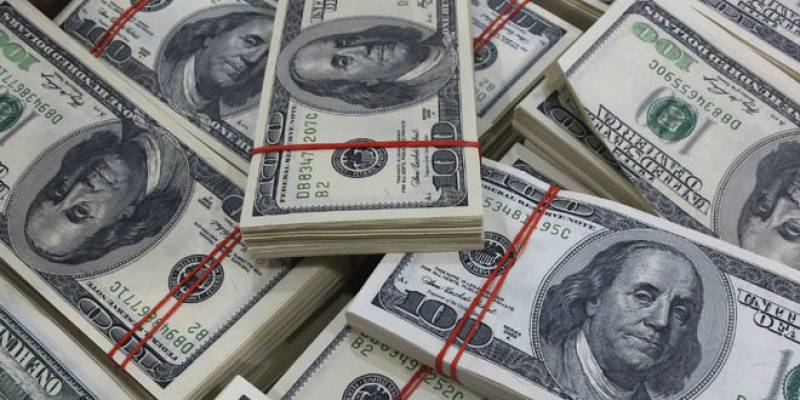 ISLAMABAD - China has agreed to immediately give a $2 billion loan to Pakistan as “official bilateral inflow” to ease pressure on the next government.

According to reports in local media, over $1 billion has already been transferred to the SBP accounts this week, and would reflect in the reserves’ data to be released on August 2. The amount will push SBP-held foreign currency reserves past $10 billion.

ISLAMABAD - In order to boost the dwindling foreign currency reserves of Pakistan, China has released $1 billion in ...

The $2 billion loan will help Pakistan to maintain its reserves and to reduce pressure on official foreign currency reserves. It is expected that the loan will also help in stabilizing the rupee against the US dollar.

However, the State Bank of Pakistan and the Ministry of Finance have yet to comment on this development.

At inter-bank market on Saturday, the Rupee lost 30 paisas in terms of the dollar for buying and selling at 128 and Rs128.20. It was traded lower at the open market as Rs122.5-124.50 well below the interbank rate. Since Monday, the dollar has lost Rs8.

The inter-bank market gives direction to open market dealers regarding currency prices. However, in rare cases, currency dealers tend to lead the way, especially when there is speculation involved.

The development comes after the rupee shed around 22% since December 2017 as the country’s current account deficit widened to a historic high, taking down gross foreign currency reserves to the alarming level of $9.01 billion.

A brief survey by the Express Tribune suggested Saturday currency dealers were buying dollars in the range of Rs113-122 and selling in the Rs115-126 bracket. A leading currency exchange also reported to have suspended trading three to four hours before the official closing time.

The central bank has issued clear directives to currency dealers to completely halt the physical movement of dollars among cities and only move them through proper banking channels. This, according to an SBP spokesperson, could be a reason behind the dollar plunge. The directives came into effect on Tuesday (July 24).

Many dealers move dollars in physical form via air and/or roads traveling from head offices to branch offices nationwide.