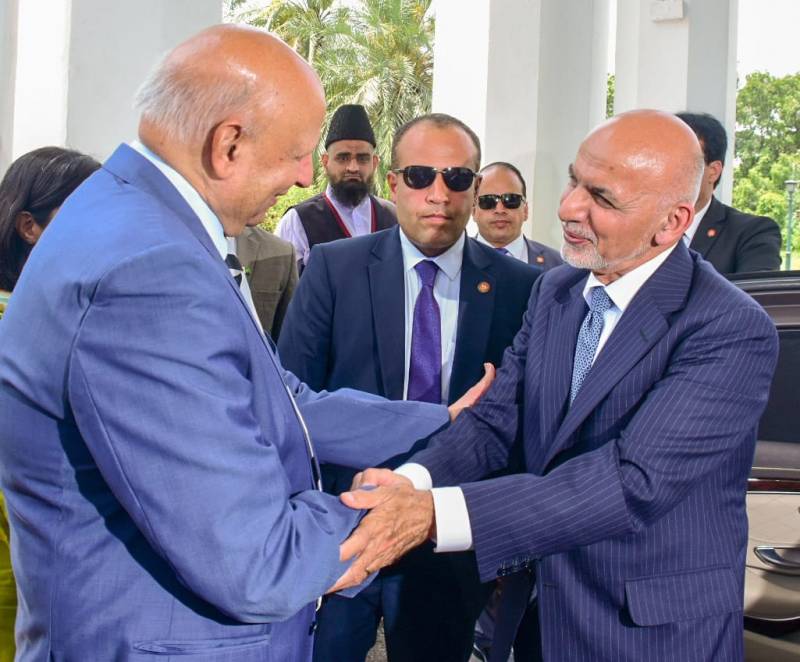 Muhammad Sarwar at the Governor's House on Friday and expressed that Pak-Afghan ties will be strengthened more in future and our trade relations will also get a boost.

Both the leaders discussed matters of mutual interest and Pak-Afghan relations during the meeting, besides exchanging ideas for cooperation to promote peace in the region.

The Afghan President also shared his past memories about historical Lahore city and lauded unique hospitality, love and sincerity of Lahorites.

He said that his meetings with President Arif Alvi and Prime Minister Imran Khan had been very successful and his forward-looking approach had been appreciated by all.

On the occasion, the Punjab governor said that the brotherly countries would come further closer due to the visit of Afghan President, adding Pakistan always stood with Afghanistan for peace, development and prosperity there.

The Pakistani government, under the leadership of Prime Minister Imran Khan, wanted friendly relations with all neighbouring countries, he said.

Governor's wife Mrs Sarwar and Afghan officials were also present on the occasion. Later on, the Afghan president offered Juma prayers at Governor's House along with Governor Ch Muhammad Sarwar.

The Governor warmly received the Afghan President on his arrival at the Governor's House, earlier.