The (Ir)rationality of Taxes on Mobile Phones 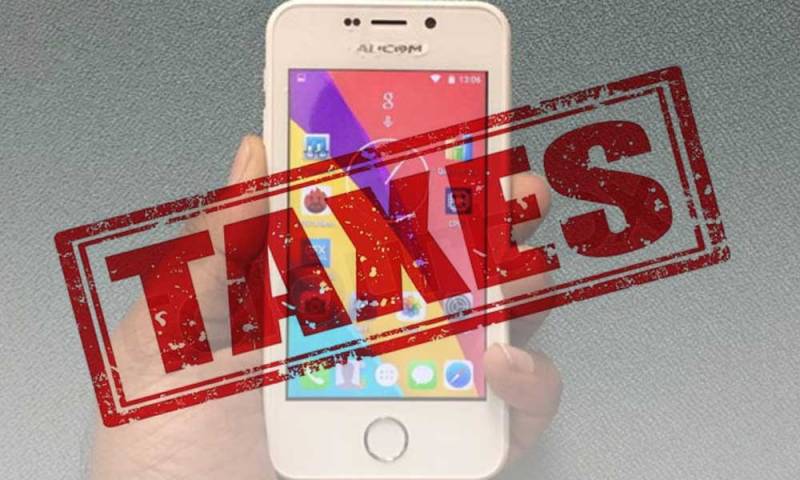 Pakistan has more than 161 million cellular subscribers, with a teledensity of 76.7 percent.  About 68 million of these subscribers can be classified as users of Next Generation Mobile Services (NGMS), with almost 30.6 million using 4G technology.  Although adoption of NGMS seems to have plateaued, but with NGMS making up only 42 percent of total subscribers, there exists massive growth potential within the existing subscriber base.

Adoption of NGMS in Pakistan can largely be attributed to availability of devices at affordable prices, which resulted in more than 68 million subscribers with smart phones.  However, with the PKR depreciating by more than 34 percent during the last 12 months, coupled with draconion and protectionist measures to increase taxes, and duties on import of mobile handsets -- the average retail price for even a mid to low tier device has significantly increased.

As per official import statistics, during FY 16-17, Pakistan imported more than 13 million devices at an average cost of PKR 5,715 per device.  The same average jumped to PKR 9,031 in FY 17-18, and further increased to PKR 10,591 per device during first half of FY 18-19.  The change in average price can largely be attributed to depreciation of PKR against USD.  With the PKR depreciating by more than 28 percent since the beginning of 2019 -- it may be safe to say that average cost of a device may increase to more than PKR 13,500 during the second half of FY 18-19.

If an increasing price wasn't enough, a double whammy effect through imposition of regulatory duties, and taxes will further increase the cost of devices.  As per Finance Amendment Bill 2019, and Finance Bill 2019 -- a plethora of taxes ranging from Advance Tax, Mobile Levy, Sales Tax, to Regulatory Duty have been imposed in various slabs -- pushing up the cost of devices by another 10 to 30 percent.

Less than or Equal to USD 30

If such a hike wasn't enough, the system through which these duties need to be paid continues to churn out excessive, and at times unreasonable duties payable for various devices -- which in some cases is higher than the actual value of the device.  There are numerous instances testifying the same.  Such a broken system does not align with predefined duty structure, and neither does it provide any break up of imposed duties and taxes.  Such an opaque mechanism further creates problems for the consumer, only enhancing nuisance value in the process.

A knee-jerk policy initiative to enhance incidence of taxation on mobile phones, thereby pushing them further from the reach of an average citizen is not only discriminatory in nature, but also myopic.  Each policy has intended, and unintended consequences, and the unintended economist costs in this instance may far outweigh the intended economic benefits. Through a tax-heavy regime, the policy makers may curtail current account deficit by a few million dollars, and earn some revenue in the process, but will also consequently delay adoption of technology as a second-round effect.  As devices become dearer, people will either resort to low-quality devices with a very short replacement cycle, or will avoid buying a new device altogether, thereby avoiding technology adoption in the process.

As adoption of NGMS slows down, and it becomes increasingly expensive for new users to adopt NGMS -- revenues accruing from data services for telecommunication companies in the country will fall, potentially resulting in lower direct (corporate), and indirect (GST) taxes.  The potential loss to national exchequer due to lower taxes, and the graver effect of staying behind the technology adoption curve may be unintended consequences of myopic decision making.

As a third round effect, in a  few years time, Pakistan may be auctioning the 5G Spectrum -- which may not make commercial sense for existing, or fresh players, as NGMS adoption would have considerably slowed, and device acquisition cost would be more than what can be afforded by more than 90 percent of the country's population.  In such a scenario, a lukewarm response, and a lower than expected auction spectrum price can also not be ruled out.

It is estimated that even a 1 percent increase in mobile phone subscribers boosts GDP growth by 0.28 percentage points.  World Bank also estimates that a 10 percent increase in broadband penetration can accelerate GDP growth by 1.38 percentage points.  A classic use case can that be of the employment that has been created through a mobile app ecosystem, connecting an increasing number of buyers with sellers, thereby stimulating economic activity.  Increased incidence of taxes will increase barriers to entry, reducing number of jobs created, while slowing down the catalytic impact of technology adoption.

The government should ideally be encouraging a push towards a more digital society, which isn't only more inclusive, but also more democratic as it opens up opportunities to the masses which were not available previously.  Enacting a protectionist regime particularly in the domain of technology does not only hinder market growth, but also encroaches on consumer welfare.  The focus needs to be on expanding and enriching the pie, rather than restricting market growth to meet short term goals.