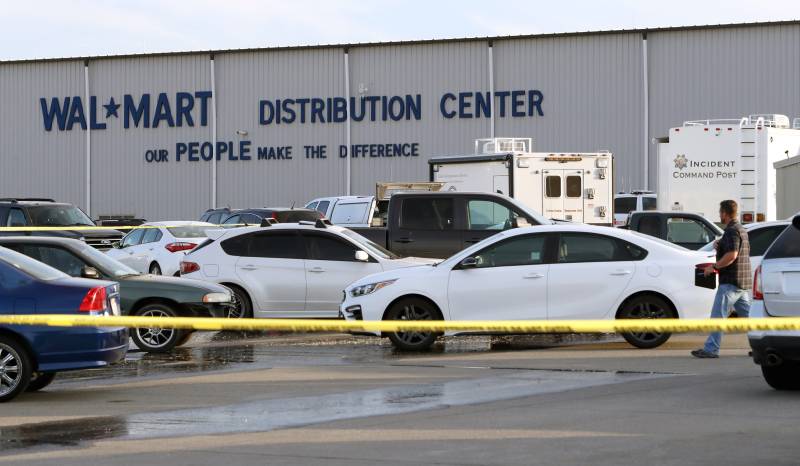 WASHINGTON – Two people, including the gunman, were killed and at least four others were hospitalized with injuries following a shooting at a Walmart distribution center in the US state of California.

The shooting took place at around 03:30 p. m. local time (22:30 GMT) on Saturday at a distribution center of the Walmart retail corporation in Red Bluff, located about 120 miles north of California's capital Sacramento.

Police said the shooter had prior history of employment with the Walmart distribution center.

According to Red Bluff Daily news, the shooting occurred during a shift change. The gunman drove into the distribution center and opened fire.

The Sacramento Bee reported that the shooter drove a white vehicle that wedged into the building. According to KHSL TV, a fire started at the site while there were about 200 workers inside the facility.

Dispatchers told The Sacramento Bee that the gunman was in the middle of the parking lot and that he was shot in the chest by around 03:45 p. m.