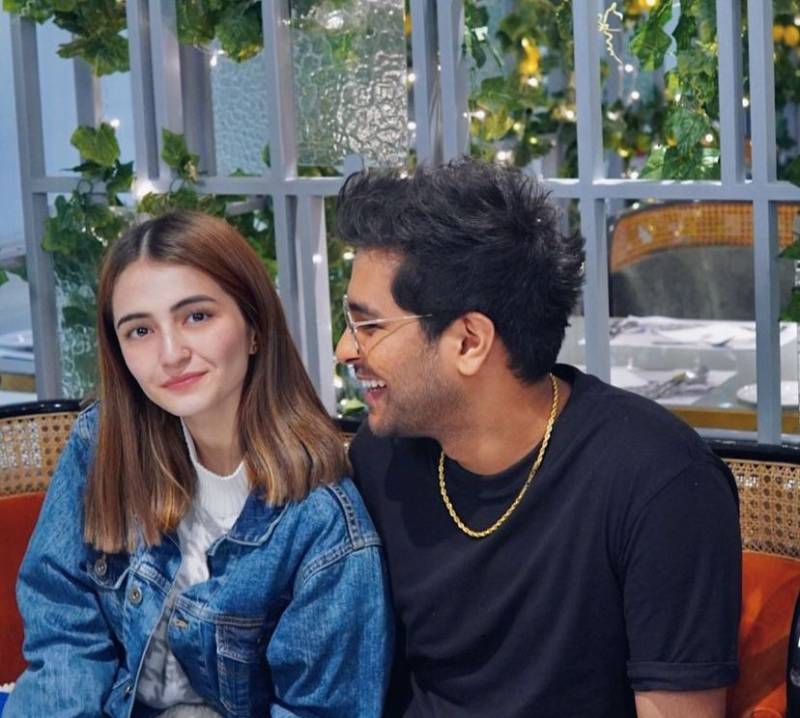 Pakistani star Asim Azhar and his finance Merub Ali are all to become the next Instgaram- savvy celebrity couple as the duo is collaborating for a music video.

The Ghalat Fehmi's fiance Merub will be featured in his next music video of song Chal Jaan De. Confirming the news, Azhar and the Paristaan actor posted a BTS picture from the shoot.

The 25 year old singer has been storming the internet after the young heartthrob got engaged to fashion model and now actor Merub Ali.

On the work front, Merub Ali debuted in the new ARY Digital drama Sinf-e-Aahan which has gained hype for its star-studded cast which includes big names such as Sajal Aly, Syra Yousuf, Yumna Zaidi and Kubra Khan.

Rising star Merub Ali has been part of numerous fashion campaigns on social media but she came under the limelight ...