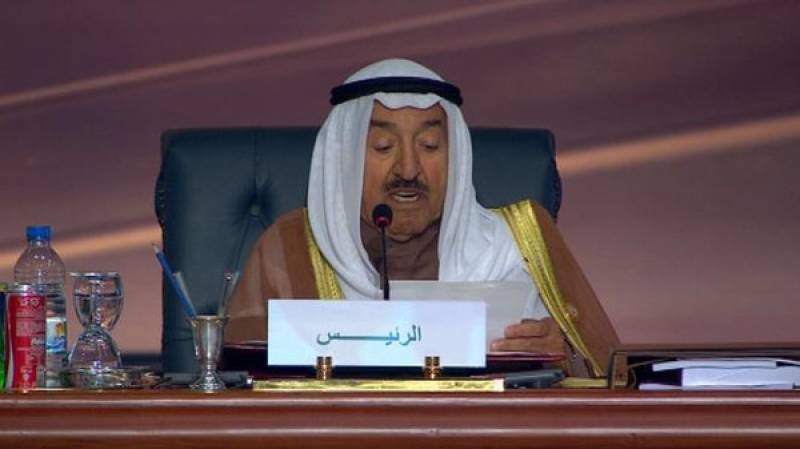 ISLAMABAD (Staff Report) - A two-day summit of Arab League began in Sharm el-Sheikh, the deserted city of Egypt, on Saturday to discuss the situation prevailed after “Operation Decisive Storm” was launched against the Houthi rebels in Yemen.

Representatives of 21 Arab countries are attending the summit that is expected to back the Saudi Arabia led offensive against the rebels and issue a collective statement in the conclusion.

Kuwaiti Emir Sabah al-Ahmad al-Jaber al-Sabah, during his opening address at the summit, said the Iran-backed Houthi militia in Yemen poses a direct threat on the region. "And we reserve all rights to defend ourselves," he added.

He also reaffirmed the commitment of Arab leaders for the establishment of an independent state of Palestine while emphasising the leaders to find solutions to the issues in Libya and Syria as well.

He criticised the developments in Arab world that took place in recent years and termed as "Arab Spring" worldwide, declaring it the reason behind destabilisation of the region.

Abdal Fatah Al-sisi, the president of Egypt, urged the Arab leaders to establish a joint Arab military force to face the challenges like Houthis. The force will also help us against the external threats, he said.

Saudi Arabia's Salman bin Abdul Aziz vowed to continue the airstrikes in Yemen till the issue is resolved in his speech.

Ousted President of Yemen, Abedrabbo Mansour Hadi, who had landed in Riyadh two days ago is also scheduled to address the session along with UN Secretary General Ban Ki-moon.