Clarke to retire from ODIs after World Cup 2015 final 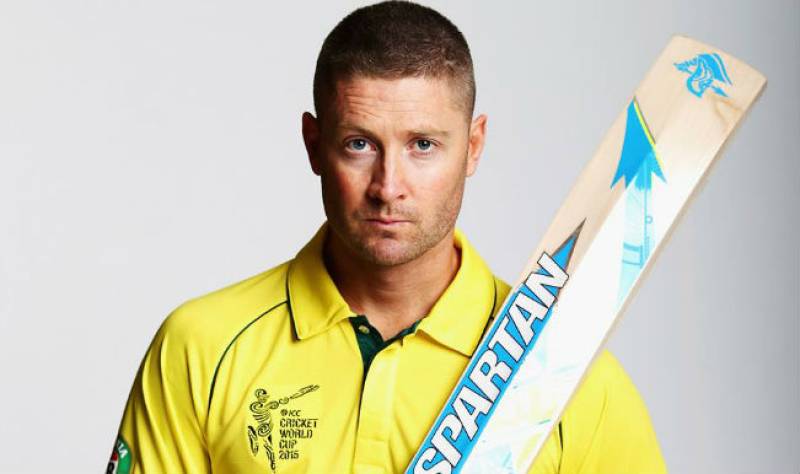 SYDNEY (Web Desk) - Australia captain Michael Clarke is to retire from one-day international cricket after Sunday's World Cup final against New Zealand, bringing the curtain down on a 12-year career.

"I think it's the right time for me and the Australian cricket team," the 33-year-old told reporters.

He said he made the decision 48 hours ago, having said last week he did not think he would quit .

He has a long-term back problem and has struggled with hamstring injuries.

He intends to prolong his Test career having already played 108 matches with 8,432 runs and a highest score of 329 not out.

"I made the decision 48 hours ago when I asked myself if I thought I would be playing in the next World Cup and I said to myself that I don't think I will be," he said.

He added: "I think it's the right time for me. A lot of it is giving the next captain and the team the opportunity to prepare and the selectors to work out what they feel is their best squad for the next World Cup.”

“I leave the one-day team in a better place than when I took over the captaincy and it gives me my best chance to prolong my Test career. They are the three main reasons why I have decided to walk away from one-day cricket," he added.

Clarke said it was not for him to go into who should be Australia's next one-day captain, although Steve Smith has been mentioned after he took over for the last three Tests against India in Clarke's recent absence following hamstring surgery.

"Smithy has certainly matured as a player and a person," Clarke said.

"His form is because of his hard work and I am not surprised that he is scoring as many runs as he is because he's training extremely hard and he's worked hard on his game. He's learnt a lot about his game. I don't think it would be fair for me to say who's going to be the next captain, that's not my place, that's up to the selectors,” Clarke said.

After missing Australia's opening World Cup victory over England, Clarke has forced his way into the side, helping them to victories over Afghanistan, Sri Lanka and Scotland.