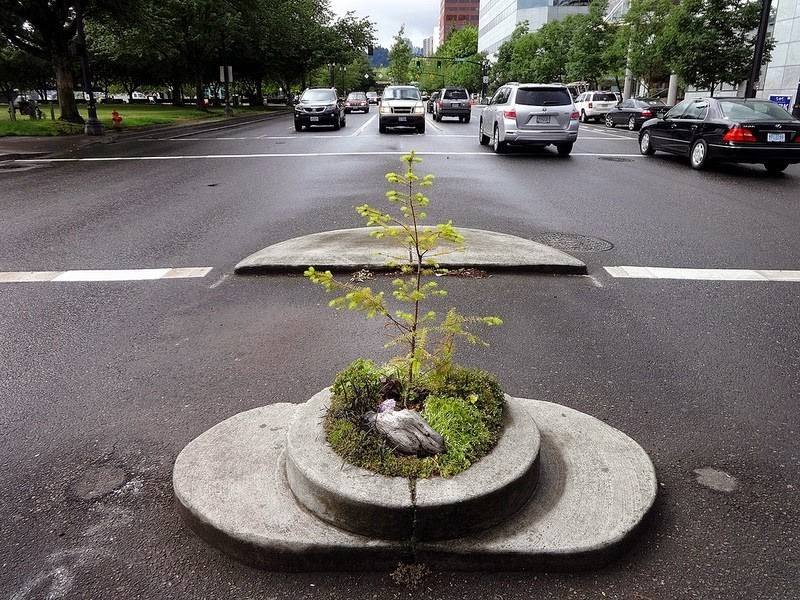 PORTLAND (Web Desk) - Mill Ends Park, in Portland, Oregon, currently holds the record for the world’s smallest park. With a diameter of just two meters, it only has room for one tree and a few tiny plants, but it’s one of the city’s most popular landmarks.

Mill Ends was originally supposed to be the site of a light pole, but for some reason, the pole never arrived and weeds began to sprout from the hole. Dick Fagan, a columnist for the Oregon Journal, whose office overlooked the tiny park, noticed the derelict patch of land and decided to do something about it. He started planting foliage there and even came up with a special column in the local paper dedicated to Mill Ends Park.

He managed to create a whole story around the place, including leprechauns living there that only he could see, and tiny shamrocks growing inside the other plants.

Fagan even told the story of how Mill Ends came to be. He was looking outside the window of his office one day, and saw a leprechaun digging in the light pole hole. The journalist ran down and grabbed the leprechaun, called Patrick O’Toole, a feat that earned him a wish. Fagan said he wished for a park of his own, but didn’t specify the size, so he got the hole. Dick Fagan died of cancer in 1969, but by that time, Mill Ends was already a Portland landmark.

The city of Portland acquired Mill Ends in 1976 and the light pole site officially became a city park. Over the years, locals made all kind of contributions to the tiny park, from small swimming pools, diving boards for butterflies to tiny statuettes and figurines. Since 1971, it has held the Guinness record of world’s smallest park. 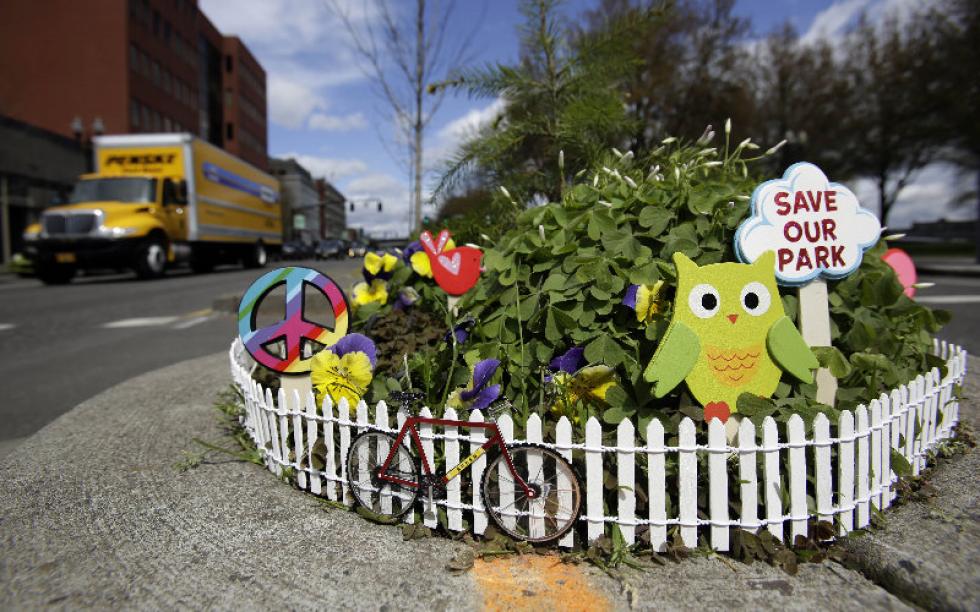 Throughout the years, the park managed to spark quite the controversy for its size. In 2013, someone stole the only tree in Mill Ends, a Douglas Fir Tree, and event that sparked national media attention. Authorities quickly replaced it, but the original tree was also returned and replanted in another local park.

That same year, representatives of Princes Park, in Burntwood, in Staffordshire, England, challenged Mill Ends for the title of world’s smallest park. Based on the definition of the word “park” on the website Dictionary.com, they claimed Mill Ends was nothing more than “a glorified flower pot” and didn’t deserve its title. However, Guinness apparently disagreed, as Mill Ends remains the world’s smallest park.