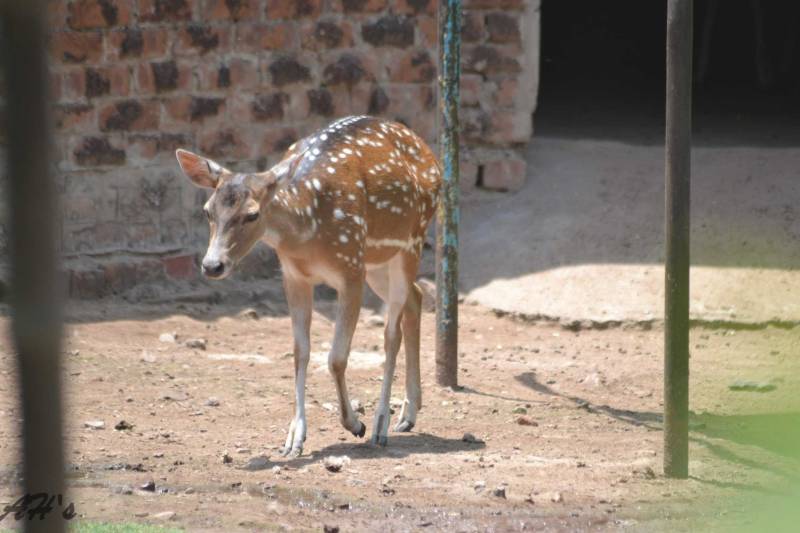 LAHORE (Web Desk) - Another rare breed of deer was found dead in Lahore Zoo, leaving the popular attraction with only seven remaining deer.

According to sources, the 8-year old deer was found dead in the deer enclosure by sightseers, who informed zoo authorities in shock at the troubling sight.

Zoo authorities, speaking to the media, have denied that the deer died from neglect, and have instead blamed other deer, claiming that the late deer was injured by them in a squabble last week.

They said that the deer found dead in the enclosure had a habit of picking fights with other deer, leading to the injury that eventually killed her.

However, authorities have said that they are investigating the matter further and would soon discover the reason behind the troubling incident.