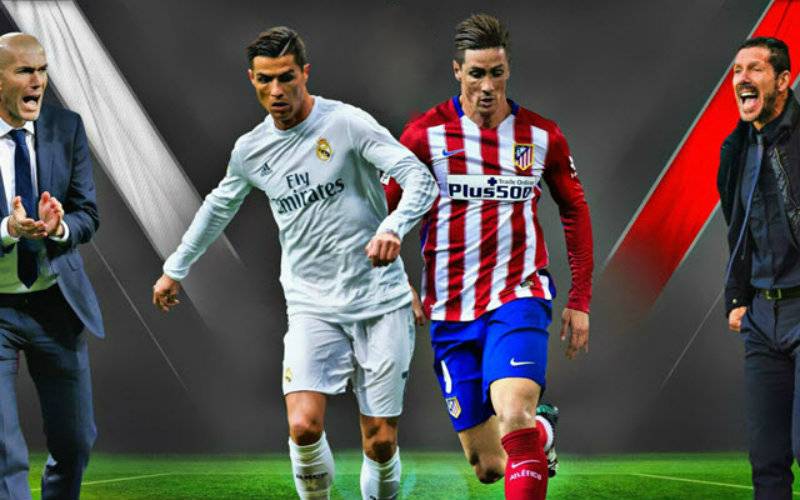 MILAN (Web Desk) - Cristiano Ronaldo added the finishing touches as Real Madrid were crowned kings of Europe for an 11th time with a 5-3 penalties victory over Atletico Madrid, after a 1-1 draw in the Champions League final on Saturday.

But the match was pushed into extra time when Belgian Yannick Carrasco came off the bench to level on 79 minutes. 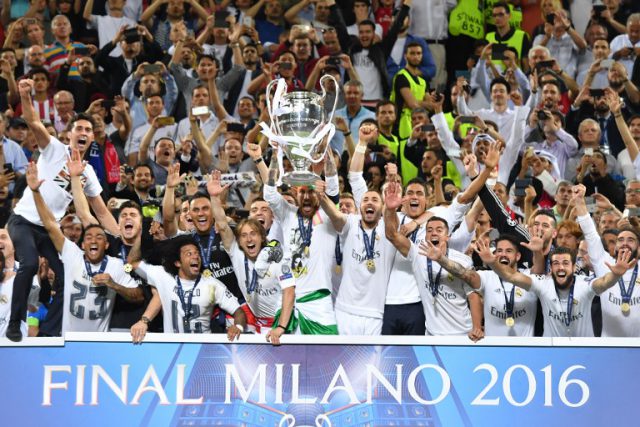 After two, scoreless periods of extra time the match went to penalties. And when defender Juanfran's effort blasted off the bottom of Keylor Navas's upright, it gave Real the advantage.

Ronaldo stepped up and made no mistake, securing the trophy for the second time in three years to leave a dejected Atletico with the crumbs again after an agonising defeat.

Real, inaugural winners of the competition in 1956, claimed their 10th title two years ago in Lisbon when a late Ramos leveller pushed the match into extra-time. 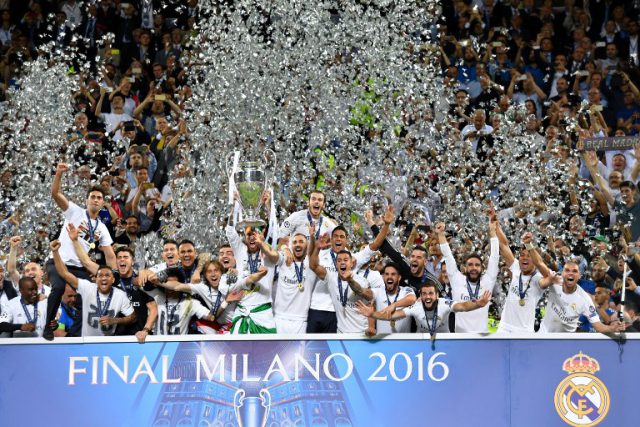 Atletico coach Diego Simeone had pledged his side, two-time Europa League winners in 2010 and 2012, would end their wait to finally win Europe's premier competition. 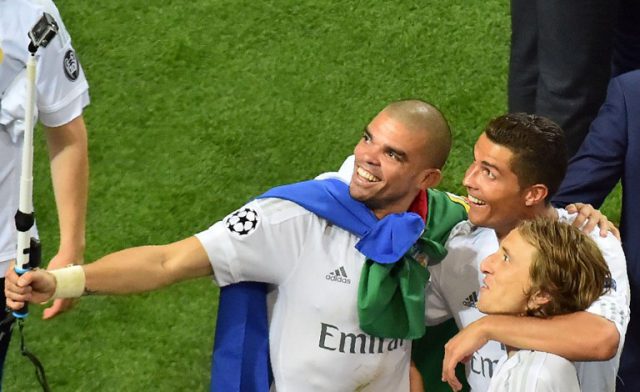 But it took only six minutes for Real to start knocking on the door. Gareth Bale won a free-kick on the edge of the area and although Benzema got a touch to the Welshman's delivery, goalkeeper Jan Oblak produced a great point-blank save.

It was an early warning but the threat was real.