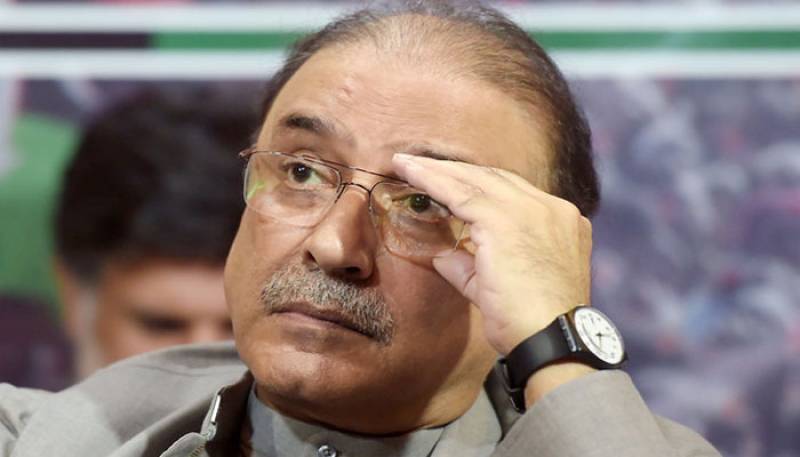 ISLAMABAD - Pakistan Peoples Party (PPP) Co-Chairman Asif Ali Zardari filed an appeal in the Supreme Court on Tuesday, challenging the transfer of high-profile fake accounts case from a banking court in Karachi to an accountability court in Islamabad.

In his appeal filed through Farooq H. Naik, the former president contended that he was being politically victimized adding that he had spent time in jail and was acquitted in fake and fabricated cases in the past.

The appeal states that the Federal Investigation Agency (FIA) had initiated a probe into the fake accounts case and did not nominate Asif Ali Zardari in the interim challan.

Former president pleaded in his petition that he be exonerated from 'fake and fabricated' fake accounts case.

Asif Ali Zardari and his sister Faryal Talpur had taken protective bail in the case multiple times. The case relates to opening of over 25 accounts in private banks through which money was allegedly laundered; Zardari's aides are believed to be involved in such suspicious transactions.

In its report presented before the Supreme Court, FIA had revealed that the money involved in the case was around Rs 100 billion.

In March this year, the banking court in Sindh ordered that the case be transferred to Islamabad where it is being heard by accountability judge Arshad Malik.