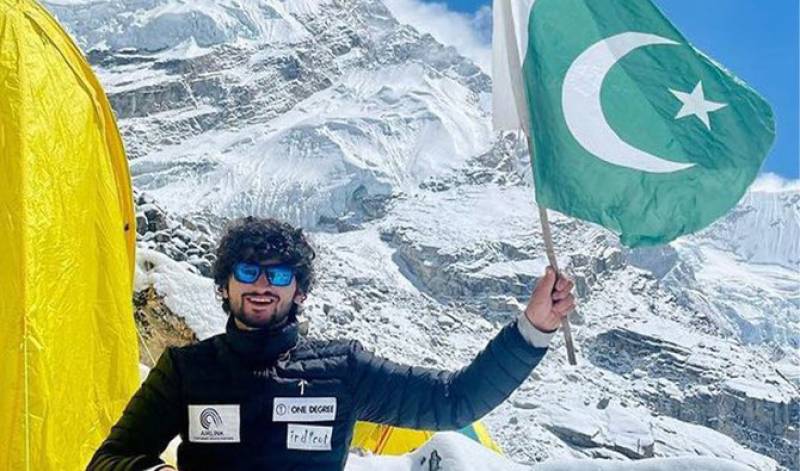 According to Alpine Club of Pakistan Secretary Karrar Haidri, Kashif reached Makalu’s top, which is at a height of 8,485 metres, at 6:56am (PST).

Following this feat, Kashif has become the world’s youngest climber to have scaled five of the tallest mountains. The accomplishment also makes the 20-year-old the youngest Pakistani mountaineer who has scaled three eight-thousanders in 23 days.

Khan was behind Kashif by minutes in reaching Makalu’s top and raised the Pakistani flag on the peak at 8am (local time), according to a Facebook post by the Alpine Club of Pakistan.

He is now the first Pakistani to have conquered 11 of the world’s 14 eight-thousanders.

Khan aims to scale all of the world peaks having a height of over 8,000 metres.

ISLAMABAD – Known Pakistani mountaineer Ali Raza Sadpara passed away at the age of 66 on Friday. On May 17, Ali ...