US is working on new approaches with Pakistan, India over Afghan issue 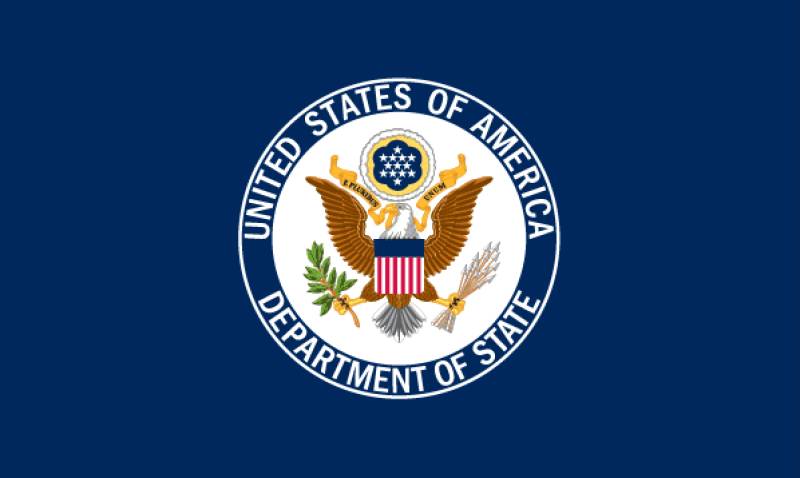 WASHINGTON - The United States is working on new approaches with India and Pakistan for promoting stability and reconciliation in Afghanistan, says the State Department.

The State Department's annual report on its financial priorities for the new fiscal year highlighted this as a key ingredient of Washington's strategy for South Asia that US President Donald Trump announced on August 21.

The main purpose of this new approach was to “create the conditions for reconciliation with the Taliban and a process that supports the Afghan government in providing security for their own people”, Linick added.

160 pages long annual report evaluates the most serious management and performance challenges faced by the US State Department and assessed the department’s performance in addressing those challenges, both managerially and financially.

2017's report details ongoing difficulties in monitoring and overseeing the anti-terrorism assistance programme in Pakistan. According to the report, the State Department has no staff in Pakistan which can verify satisfactory contractor performance or monitor whether required reports are submitted.

The report noted that the absence of staff in Pakistan to monitor and verify the reports was majorly due to difficulties in obtaining the visa.

The report criticized the US mission’s security policies which restrict staff travel in the country, thus making it difficult to meet and keep in touch with all the contacts in Pakistan.

US President Donald Trump, in August, unleashed his policy of ramping up pressure on Pakistan, a close ally of US, in a bid to fully implement the revamped Afghan war strategy.

Accusing Islamabad of harbouring “agents of chaos, violence, and terror” the tycoon-turned-president clarified to increase pressure on the country to stop any re-emergence of safe havens in order to gain regional peace, besides announcing an increase of US troops in Afghanistan.

Pakistan and allies strongly criticized the policy and demanded an acknowledgement of the sacrifices made by Pakistan in the Afghan war. However, the indulgence of new approach towards Pakistan and India in the report by US State departments shows the intent of Trump's administration.