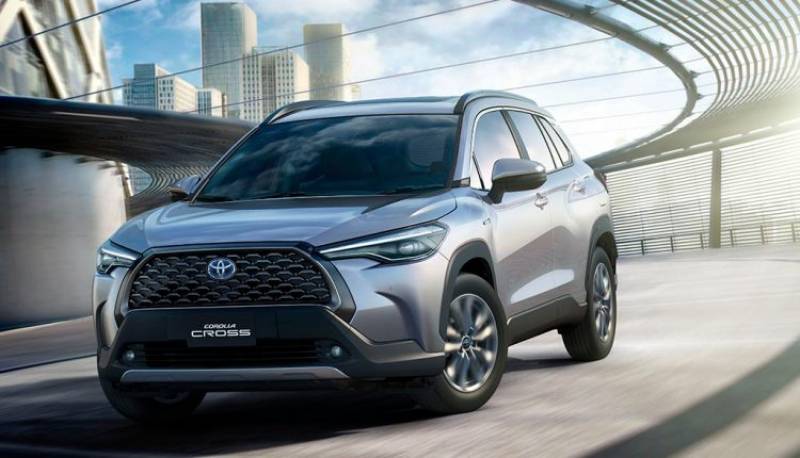 Toyota Corolla Cross will be launched officially in Pakistan next month, according to reports in local media.

According to Pakwheels.com, Toyota Indus Motors (IMC) has finally revealed the official features and specs of the upcoming Corolla Cross. IMC is importing only CBU units in Pakistan from Thailand because it is a very sought-after car, even in the international market.

Here are the specs and features of the upcoming car:

Corolla Cross will feature a 1798cc hybrid engine with the ability to produce 168hp at 3600 RPM and 305Nm torque at 3600 RPM. The car will also have a Direct Shift CVT transmission. 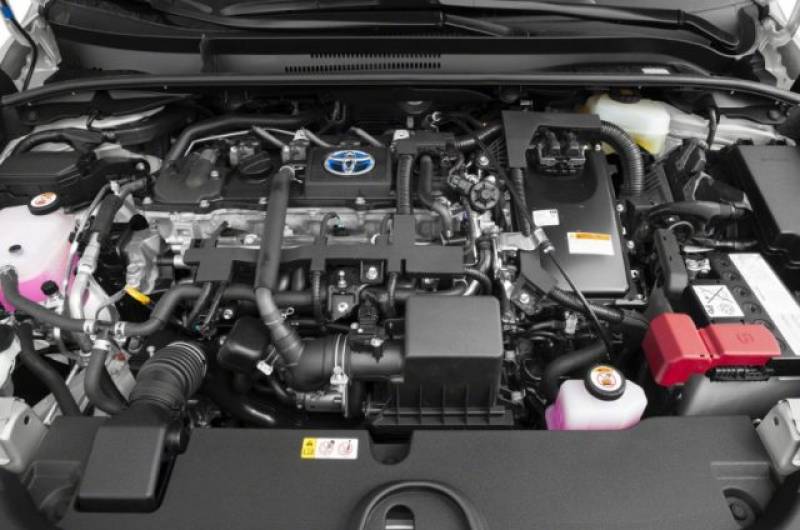 The top of the line, international model of the Cross, has 7 airbags, including driver, passenger, side, drive knee and curtains. Meanwhile, Low-end car has dual airbags. Furthermore, both variants have ABS, Hill Starting Assist System, parking sensors, and passenger seat sensor.

Furthermore, they both feature a panoramic sunroof, a shark fin antenna, a rear wiper with auto sensors, push start, smart entry, and multiple drive modes as the standard. However, only the higher variant has adaptive cruise control.

From the inside, Corolla Cross will have an 8-inch touchscreen infotainment, Auto AC dual-mode, leather seats, and rear AC vents. However, low-end variants will come with fabric seats, a basic audio system with CD/BT, Single-Mode Auto AC and no AC vents for rear seats. 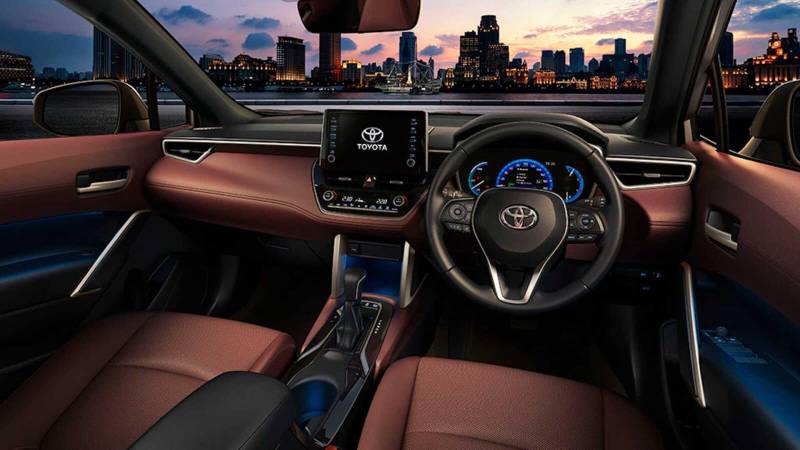 While the top-end variant will have cruise control, all variants are expected to operate on sports and eco-driving modes.

Additionally, the finer variant has a power + kick sensor trunk door while the base variant only has an electronically locking boot. 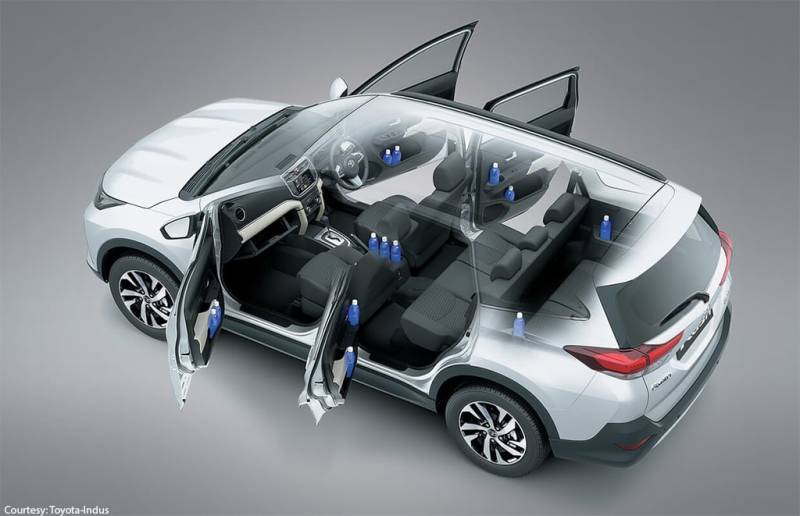 The other way to tell the variants apart is through the slight exterior details. The finer variant has LED headlamps and DRLs while the base variant has halogen headlights. Also, they are likely to have different wheels.

The price of this car is expected to start at Rs8.5 million. At its price, the road ahead for the Corolla Cross seems to be incredibly tough. Whether or not the vehicle will defy the odds and do well in the market is something that only time will tell.