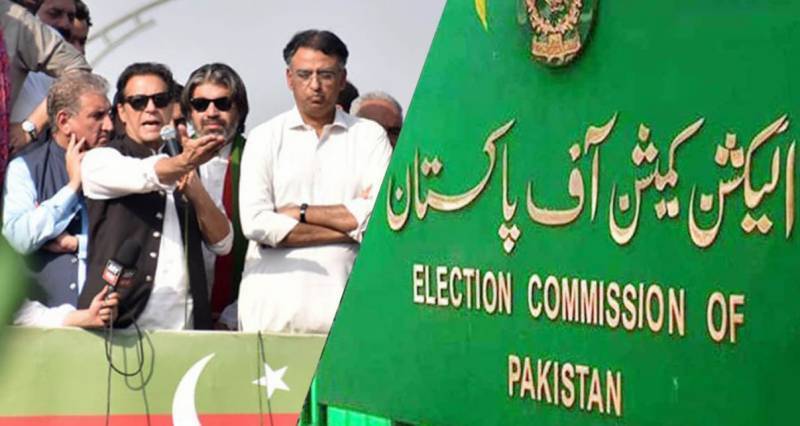 ISLAMABAD – The Election Commission of Pakistan has clarified that it will hold by-elections on the vacant seats as Pakistan Tehreek e Insaf, in its latest effort to pile pressure on the government, announced to dissolve the provincial assemblies.

The electoral watchdog issued a statement ahead of a crucial huddle of Imran Khan-led party as leaders of the former ruling party are chalking out a strategy for the dissolution of the Khyber-Pakhtunkhwa (K-P) and Punjab assemblies.

In a statement, a spokesperson of the Election Commission of Pakistan said only by-elections will be held on vacant seats if PTI stepped down from all assemblies.

He mentioned that by-elections would be held under constitutional procedure if any provincial assembly is dissolved, adding that up to Rs70 million will be required for holding a by-poll in any of the provincial constituencies.

Shooting down PTI’s strategy, an ECP spokesperson said that there is no specific law regarding the announcement of general elections if certain seats are vacated.

Delving into details, he said the public representatives are elected for five years and if their seats get vacant due to any reason, authorities conduct by-polls within two months.