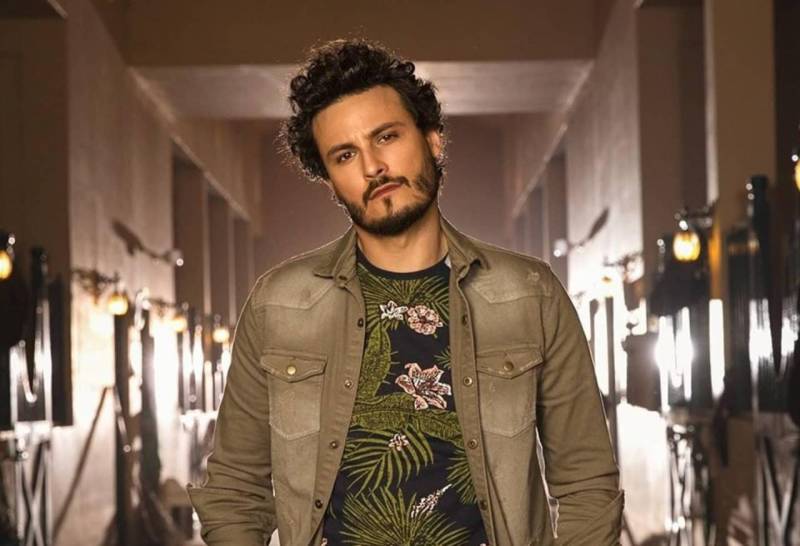 Lollywood's talented actor Osman Khalid Butt has always been vocal about women's empowerment and strongly against anything that compromises women's freedom or dignity.

Despite being one of the few actors to use the platform to speak out against domestic violence, Butt's presence at the 21st edition of the Lux Style Awards stirred controversy.

For starters, this year's Lux Style Awards nominated actor Feroze Khan for the Best Actor Male - Viewer's Choice award, which resulted in many artists either backing out or threatening to boycott the show.

Khan, who is accused of domestic violence, had been facing strict public scrutiny and backlash for subjecting his former wife Syeda Aliza Sultan to torture and calling the evidence submitted by her in court fabricated.

While Pakistani designer Maheen Khan and Oscar-winning filmmaker Sharmeen Obaid Chinoy distanced themselves from the LSAs, Butt, who hosted and performed at the 21st Lux Style Awards, was forced to issue a statement justifying his attendance.

Taking to Twitter, the Chupke Chupke famed actor shared a lengthy statement to show where his loyalties lie.

"I was contacted more than a week before the LSAs to perform a tribute to the immortal Nazia Hassan, who was to be awarded the Changemaker Award posthumously, and co-host a segment," Osman began, adding that "nominations had not been announced" at that time.

The Aik Nayee Cinderella actor said, "My only reservation — which I made clear before agreeing — was that I could not attend, let alone perform at the ceremony if Feroze [Khan] was present there (which has absolutely nothing to do with his acting prowess, and everything to do with the very serious allegations levied by his ex-wife), and I was assured that he would not. That commitment was honoured."

In response to those who still have questions, and those who passed judgment.

He added, "I did my job to the best of my abilities, ensured my hosting segment was free of any controversial nominations, and yes, enjoyed every moment of that dance routine," he went on. "Contractual obligations aside, I will not downplay what an honour and privilege that was. It is unfortunate that that moment was eclipsed by controversy."

Butt said, "I have advocated for causes I believe in for more than a decade, fought battles that have been detrimental to my career in this industry without fear (and at times without advertisement) — and I will continue to raise my voice: feminism is not a brand I wear, it is ingrained in my very being."

In response to the public scrutiny, Butt said, “It has been incredibly demoralising reading some of the posts on the cesspool that is social media, peppered with lies calling me out for ‘celebrating and cheering on abusers’ (?!), labelling me a ‘bika hua’ [sellout] ‘selective activist/hypocrite’ who raises his voice for ‘clout’. (Someone please let me know how I have benefitted from this ‘clout’). But then I remind myself that I don’t do what I do for your or anyone’s validation. However, one part of your condemnation I fully endorse: do not put anyone up on a pedestal.”

In response to those who still have questions, and those who passed judgment.

The 36-year-old star concluded, "But social media is definitely not the place for any nuanced conversation with its culture of misdirected hate." Thanking all those who did not waver in their faith in him, Osman remarked, “Thank you to my peers and supporters who have faith in my convictions and intentions, and didn’t jump the gun on making judgements without knowing the situation.”

Social media users lauded the Baaji actor for standing up against a taboo in society and educating people through his actions.