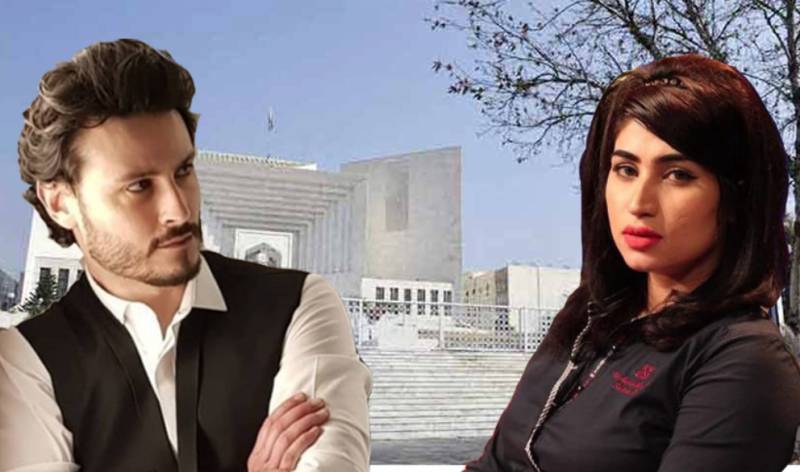 #qandeelbaloch challenged in the SC by @aClockworkObi , Osman Khalid Butt vs. The State through the Prosecutor General Punjab, Lahore and another.

A test case! An example must be set

Qandeel baloch case was challenged in the Apex court by Osman Khalid Butt vs. The State through the Prosecutor General Punjab, Lahore. An example must be set, Khadija mentioned in another tweet.

The brother of the slain model, Waseem, was first arrested and later sentenced to life in prison for strangling the social media star. The culprit boldly told the press that he had no remorse for killing his sister.

Qandeels’ father then lodged a murder case against his son and his accomplices. The man also admitted to slaying his sister and getting drugs. During the recent hearing, an appeal judge remarked that Baloch´s murder could not be defined as a ‘crime of honour’, dismissing the confession of the prime accused.

Waseem earlier appealed his conviction of murder and the death penalty. Witnesses retracted their statements, while his mother also pardoned him.

Following his acquittal, the actor Osman Khalid Butt expressed disappointment. “Qandeel’s murderer walks free today after serving less than six years of his life sentence. He is on record admitting to drugging and murdering his sister. Someone, please make this make sense to me,” he said while venting anger in a social media post.

Qandeel Baloch's murderer walks free today after serving less than six years of his life sentence.
He is on record admitting to drugging and murdering his sister.
Someone please make this make sense to me.

Other celebrities, social media activists and politicians also expressed anger at the acquittal of Waseem who confessed to killing Baloch saying the social media sensation had brought shame on the family.

Earlier, Parliamentary Secretary for Law and Justice Maleeka Bokhari said the state was reviewing options in the light of laws and Supreme Court judgments in the murder case of a social media star.

Honour killing of women and girls is a black mark on society, she said while adding that law was amended to ensure murderer of women, whether a 'celebrity' or ordinary woman does not walk free.

The National Commission on the Status of Women (NCSW) also announced plans to appeal the verdict before the Supreme Court on Wednesday.

MULTAN (Malik Azam) - Controversy queen Qandeel Baloch has been headlining the news for the past couple of days for her ...