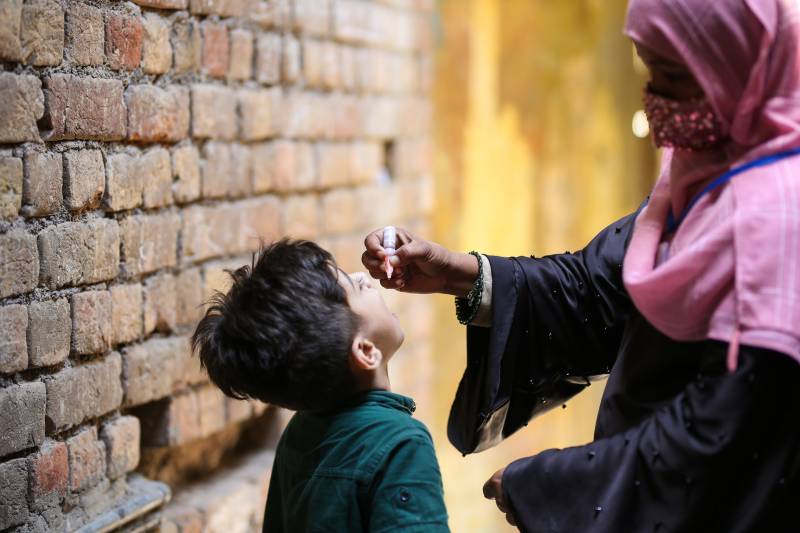 ISLAMABAD – Pakistan on Monday kicked off a week-long anti-polio vaccination campaign to vaccinate more than 13 million children under the age of five against the crippling disease.

During the week-long campaign, children would be administered polio drops in nine districts of Punjab, eight districts of Sindh, and six districts of Balochistan and Islamabad.

The campaign will then start in Khyber Pakhtunkhwa on December 5, targeting nine high-risk districts of the region, reports said as more than 1 lac trained polio workers will be engaged in the vaccination drive.

Federal Minister for National Health Services Abdul Qadir Patel said If we manage to eradicate the contagious virus from southern Khyber Pakhtunkhwa, we will succeed in eliminating it from across the country.

Minister also expressed hope to achieve the targeted results after the third polio campaign of the current year.

Amid the campaign, Sehat Tahhafuz helpline 1166 and WhatsApp helpline 0346-777-65-46 are available to help parents to get their children immunized against the disease.

The drive was launched amid rising polio cases in the country. In the ongoing year, more than 20 cases of the contagious disease were reported in North Waziristan. Earlier, National Polio Lab detected the child-crippling disease virus in sewage water samples collected from five cities, including Peshawar, Swat, Rawalpindi, Bannu, and South Waziristan.