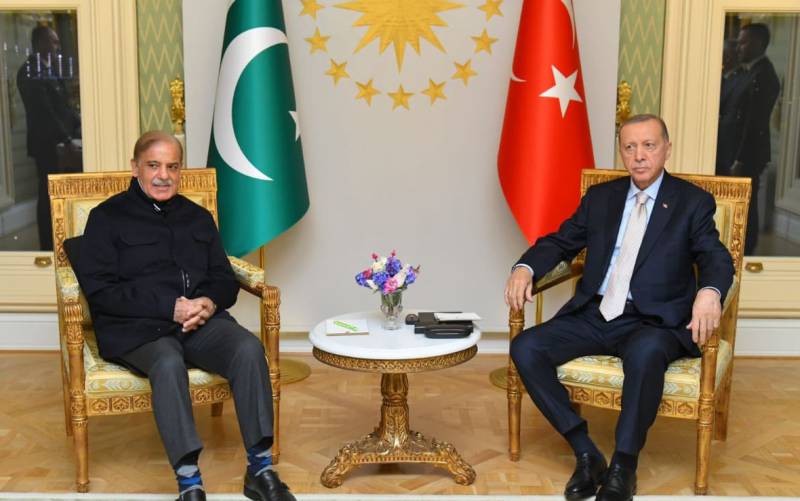 In an exclusive interview with Turkish state-run news agency, the premier called on Islamabad and Ankara to work together, saying both sides have always stood by each other in the face of all changes. PM visited Ankara to jointly inaugurate the third of four MILGEM corvette ships manufactured by Turkiye for the Pakistani Navy.

He mentioned that the two friendly nations support each other on all issues of core national interests whether it is Kashmir or Northern Cyprus and thanked Turkish leadership for its principled support on Jammu and Kashmir dispute.

PM Shehbaz mentioned that people-to-people and cultural interaction between the two countries are also on an upward trajectory.

Addressing the economic front, the premier said his country’s economy is facing excessive monetary tightening, supply-side shocks, lingering pandemic effects, high inflation, and the effects of the Russia-Ukraine conflict, however, he mentioned the revival of the IMF program and active engagement with bilateral partners to ease the pressure.

On tackling environmental challenges, PM reiterated that the South Asian nation contributes less than 1 percent of the global carbon footprint, despite the fact, the country is facing natural calamities in the form of severe heat waves, glacial outbursts, and unprecedented rains.

He further called on industrialized countries to meet their climate finance commitments, with a balanced focus on adaptation and mitigation.