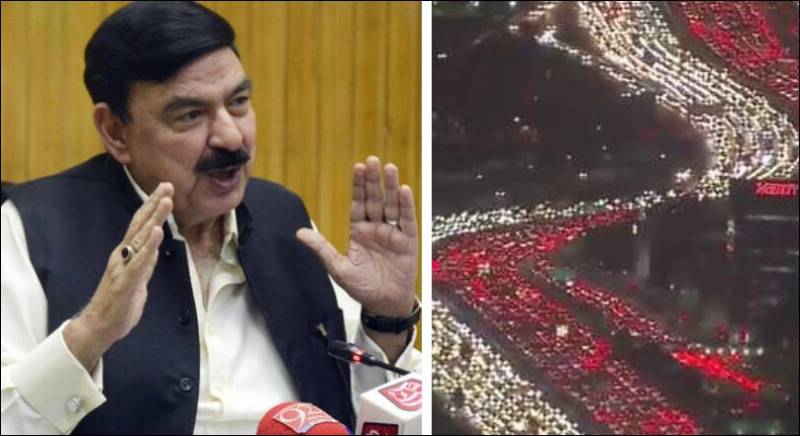 ISLAMABAD – Former interior minister Sheikh Rashid shared an aerial clip of a massive traffic jam, however, it was revealed that the video is actually from a huge traffic jam captured during the Thanksgiving getaway in southern California.

Rashid, a key ally of Imran Khan-led Pakistan Tehreek-i-Insaf, shared the clip on Twitter, days after the much-anticipated power show in the garrison city of Rawalpindi.

Netizens were quick to spot that the Awami Muslim League leader had reposted a Los Angeles traffic jam clip.

Rashid's snafu is another example that nothing can be kept a secret from social media users in this day and age. Keyboard warriors also made memes out of Rashid posts, calling him out for reposting the L.A clip.

People of LA have spoken for their Kaptan! 🥳🥳🥳 https://t.co/c7YKF7Rso3

Has @PTIofficial had its show at #Sydney , @ShkhRasheed when have u taken a single initiative to make #Rawalpindi so beautiful ? Seems u need a paracetamol treatment like #AzamSwati & sasta jutt @DrShehbazGill1 https://t.co/uuLp3RZSd8

Sheikh Sahab lived his whole life in Rawalpindi but don't know if this drone shot is of Rawalpindi or not. https://t.co/xaYGhl6kVj