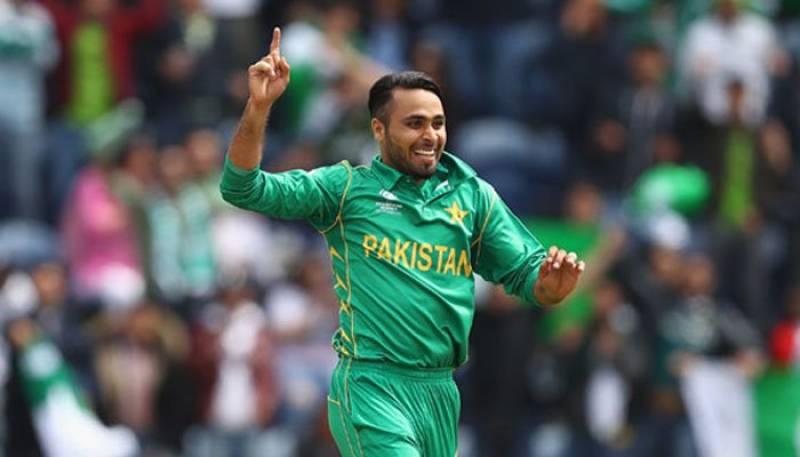 With his superb bowling, he managed to clinch the title of becoming first-ever Pakistani bowler to take the hat-trick in T20Is, the shortest format of cricket.

He achieved three consecutive wickets of Isuru Udana, Mahela Udawatte and Dasun Shanaka on last three deliveries of 19th over against Sri Lanka and also became the sixth player overall in T20Is with this unique triumph.

First, Udana fell prey of Ashraf's fourth fiery delivery of the over which was caught by Hasan Ali, later Udawatte was caught by Babar Azam when he tried an upper cut on fifth delivery.

On the last delivery of the over, Shanaka came to face off but could not resist the LBW out.

Pakistan has achieved the feat in 15 years across all formats as earlier bowler Mohammad Sami had got the international hat-trick in March 2002 during Lahore Test against Sri Lanka.

In the Test Cricket, Sultan of Swing Wasim Akram clinched the title twice, while Abdul Razaq is also among them.

On Friday, Pakistan defeated Sri Lanka by two wickets in the second Twenty20 international, to win the three-match series.

Pakistan needed 125 runs to clinch the T20 series against Sri Lanka after another brilliant display of bowling.

The third match of the series will be played in Lahore at Gaddafi Stadium on Sunday (October 29), while preparation has been completed for it.