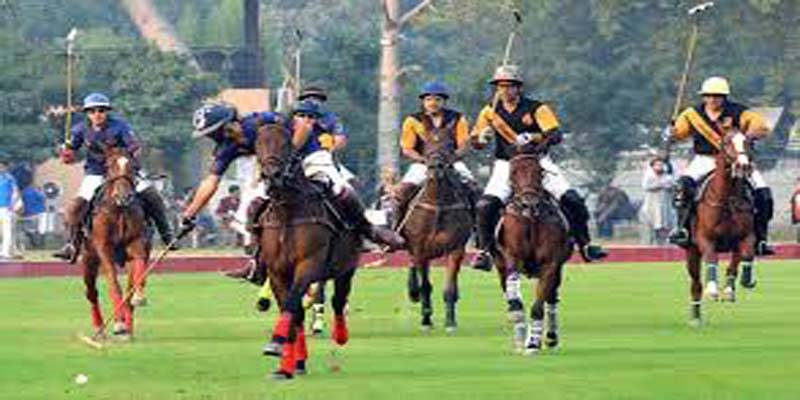 Taimur Ali Malik emerged as hero of the day from the winning side, Remington Pharma, as he smashed in a quartet while his teammates Saqib Khan Khakwani banged in a brace and Lt Col Omer Minhas converted a goal. From the losing side, which had a half goal handicap advantage, Hamza Khan hammered a hat-trick and Ahmed Bilal struck one, but their efforts couldn’t bear fruit for their side, which lost the match 4½-7.

Remington Pharma dominated the final right from the beginning as they hammered three tremendous field goals. Hero of the day Taimur slammed in two back-to-back goals while the third was converted by Lt Col Omer Minhas to provide their side 3-0 healthy lead. Nagina fought back well in the second chukker as they scored two back-to-back goals – 30-yard penalty and field goal - through Hamza Khan to reduce the margin to 3-2. Taimur once again came from behind to strike a field goal successfully and also enhanced his side lead to 4-2.

Taimur continued his sublime form in the third chukker as well as he converted a 30-yard penalty successfully to further stretch Remginton’s lead to 5-2. Saqib added one more in Remington tally, making it 6-2. Ahmed Bilal then fired in a field goal to reduce the deficit to 6-3.

In the fourth and last chukker of the final, both the sides played equally well and managed to score one field goal each. From the winning side, Saqib was the scorer while from the losing side, Hamza not only struck one but also completed his hat-trick, but all went in when the final whistle was blown, declaring Remington Pharma winners of the Polo for Peace Cup 2019. Shah Shamyl Alam and Mir Huzaifa Ahmad officiated the match as field umpires.

In the subsidiary final, Char Bagh overpowered Barry’s by 7-3½. Shah Shamyl Ahmad emerged as top scorer from Char Bagh with his fabulous five goals while Ahmed Khan and Kasim Ahmed Khan scored one goal each. From Barry's, Omer Malhi banged in a brace while the remaining one came from Lennah Barry.