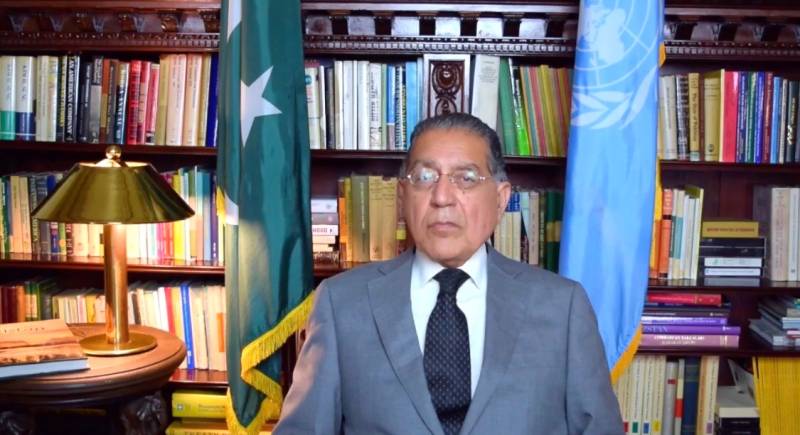 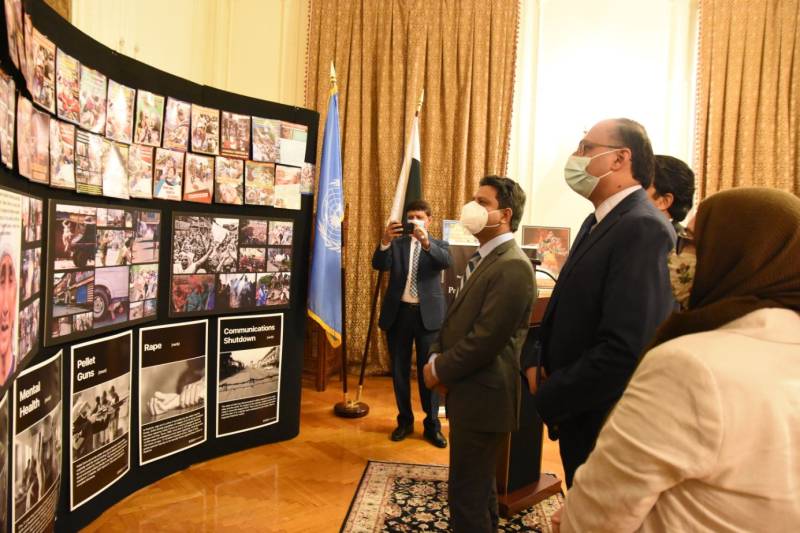 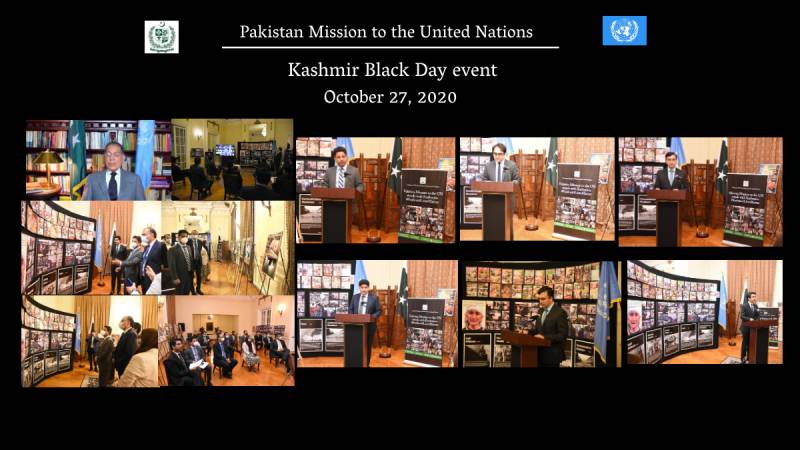 An event was organized by Pakistan Mission to the United Nations to observe 27th October as Kashmir Black Day.

Permanent Representative of Pakistan to the United Nations delivered his keynote address via video link.

Representatives from OIC, Azerbaijan, Turkey, and Saudi Arabia also made the statements.

Deputy Permanent Representative Aamir Khan made the closing remarks at the event.

Ambassador Munir Akram in his key-note address remarked that as “we are observing a Black day of Kashmir, this is the day on which the Maharaja of Kashmir was supposed to have signed

the letter of accession to India”. “We have never seen a signed copy and never recognized the legality of this so-called accession” he insisted.

“In any case, on the 5th of August, 2019, India has thrown away any pretension to a legal claim to Kashmir. India has rescinded all measures. And its only claim to Kashmir today is the use of naked force by the army of occupation and is perpetrating the most atrocious repression against the people of Jammu and Kashmir” he added.

Ambassador Munir Akram also underscored the consistent and continued initiatives of Pakistan to highlight Indian brutalities in IIOJK at the United Nations and reiterated its support saying that “Pakistan has expressed its solidarity with the people of Jammu and Kashmir in the struggle for self-determination, as promised to them by the resolutions of the Security Council and the principles of the United Nations Charter. Pakistan will continue its efforts and every international forum and in every capital of the world to promote the legitimate cause of the people of Jammu and Kashmir. We will be consistent, and we will be strong in our support. “And we are confident that the way people of Jammu Kashmir also remain resilient in the struggle for freedom and self-determination” he concluded.

Acting Permanent Representative, Aamir Khan delivered his closing remarks, stating that,” It is no secret that the people of the State of Jammu and Kashmir rightfully expected and yearned to join Pakistan – which was their homeland by all measures of culture, religion, history, language, and geography. The union with Pakistan was also commensurate with the defining principles of the participation of the Indian sub-continent whereby the Muslim majority areas were supposed to become part of Pakistan”.

DPR Aamir Khan expressed his gratitude to the international community for supporting the Kashmiris, stating that: “We are thankful and encouraged that the world is speaking up for the Kashmiri people. The UN Secretary-General, the High Commissioner for Human Rights, and other leading UN human rights experts, as well as independent observers, international media, and civil society organizations have berated India’s illegal actions and massive human rights violations in IIOJ&K and called for the resolution of the dispute in accordance with the resolutions of the UN Security Council.

A photographic exhibition was also organized by the Pakistan Mission to highlight the continuing torture and brutal repression carried out by the Indian Occupied forces in IIOJK over a period of 73 years since the illegitimate accession of Jammu and Kashmir.

A special video documentary developed by the Information Section of Pakistan Mission to express their solidarity with the Kashmiri people in their struggle was also played. The event was concluded with the prayer for the success in the struggle of Kashmir's cause.